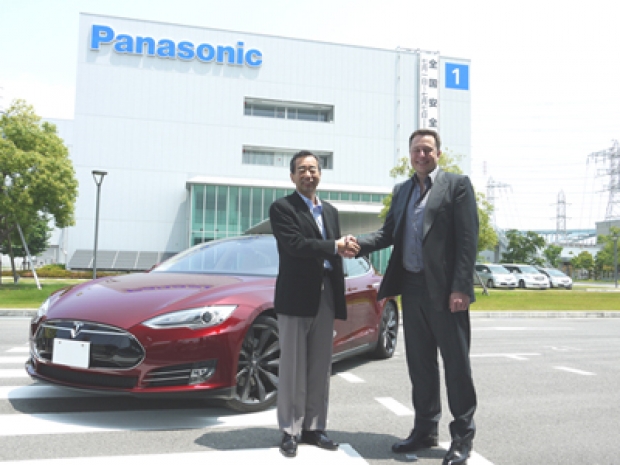 Quashes rumours that the two outfits had fallen out

Panasonic is looking at further investments in battery production at its Gigafactory venture with Tesla and quashed rumours the two outfits had fallen out.

The Japanese financial daily Nikkei reported that financial issues had led Tesla and Panasonic to rethink plans to expand the capacity of Gigafactory 1 by another 50 percent next year, having together invested $4.5 billion in the plant.

The paper said the companies had earlier planned to expand the plant’s capacity to the equivalent of 54 gigawatt hours a year by 2020, up from 35 GWh at present.

“Panasonic established a battery production capacity of 35GWh in Tesla’s Gigafactory 1 by the end of March 2019 in line with growing demand Watching the demand situation, Panasonic will study additional investments over 35GWh in collaboration with Tesla".  the company said.

The two companies had not made public any detailed investment plans for the site, although Panasonic said here in July last year it would consider further investment in the Gigafactory if requested by the US electric carmaker.

Panasonic is the exclusive battery cell supplier for Tesla, which in turn is Panasonic’s biggest EV battery client. In February, Tesla said it had agreed to buy U.S. energy storage company Maxwell Technologies Inc, sending shares in Panasonic lower. Chief Executive Elon Musk said in November that the US company planned to source battery cells locally in China, “most likely from several companies”.

Last modified on 11 April 2019
Rate this item
(0 votes)
Tagged under
More in this category: « ASML plays down corporate theft Wi-Fi Protected Access has serious design flaws »
back to top