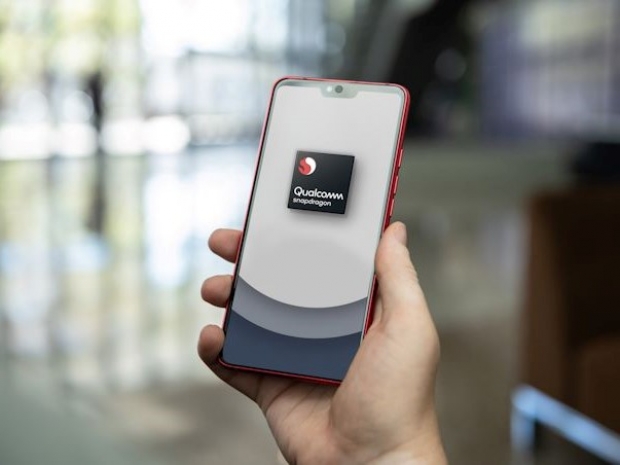 It also uses Spectra 160 ISP rather than the Snapdragon 670’s Spectra 250 for image processing. It drives up to three cameras at a maximum sensor resolution of 48 megapixels, Qualcomm says.

Qualcomm is claiming the Adreno 610 GPU has 20 percent power savings and supports Vulkan 1.1. The X12 LTE modem, which was the same as the Snapdragon 636 — supports 802.11ac Wi-Fi and cellular download and upload speeds of up to 600Mbps and 150Mbps (LTE Category 13), respectively, with 4X4 MIMO, three times carrier aggregation, and 256-QAM.

However, the Snapdragon 665 has built-in Hexagon Vector Extensions, and an onboard Hexagon 686 DSP coprocessor is capable of up to two times faster on-device AI processing.

Hexagon is a digital signal processor which speeds up machine learning and AI applications, chiefly through special instructions optimised for scalar and vector operations.

There are similarities with Huawei’s Neural Processing Unit (NPU), the dedicated AI core in Samsung’s Exynos 9820, and Apple’s Neural Engine. It does thousands of bits of vector units per processing cycle, compared to the average CPU core’s hundreds of bits per cycle.

The Hexagon 686 is a part of what Qualcomm calls its AI Engine; a compute framework that intelligently delegates processing tasks among the Hexagon DSP, sensor hub core processor, image signal processor (ISP), and the Adreno.

Kondap said that there were more than a billion AI accelerated Snapdragon clients which means AI is not running just in the CPU — it’s running in other portions of Snapdragon to expedite the AI processing.

The Snapdragon 730 joins the Snapdragon 710 as the second chip in the 700 series, announced in February 2018. This is a substantial upgrade over Qualcomm’s existing midrange lineup. It’s built on an 8-nanometer manufacturing process and has Kryo 470 cores inside, paired with a Hexagon 688 DSP, a Spectra 350 image signal processor, and an Adreno 618 graphics chip with a Vulkan 1.1 graphics driver.

Qualcomm says the AI Engine in the Snapdragon 730 feature single-precision floating-point format and INT8 dot product instructions, courtesy the Kryo 470. (The Hexagon 688 supports INT16, INT8, and mixed tensor acceleration.) And it says that the Adreno 618 has additional arithmetic logic units (AMU), which should further accelerate performance in AI workloads.

The Spectra 350 ISP can capture pics up to 192 megapixels in size, 4K HDR video portraits, and high-definition footage at up to 960 frames per second (at 720p). IT can manage OCR and HEIF which is an image container that leverages modern codecs like HEVC to improve quality, compression, and capabilities over earlier formats like JPEG, GIF, and PNG.

The Snapdragon 730 delivers about 25 percent and 35 percent faster graphics rendering and CPU performance compared with the Snapdragon 710, and two times the AI performance. That’s with support for high dynamic range (HDR) gaming — a first for the 700 series, Qualcomm notes — with 10-bit color depth and the Rec. 2020 colour gamut.

Qualcomm announced the Snapdragon 730G which is “optimized” for top games and capable of faster rendering (up to 15 percent faster than the Snapdragon 730). It has built-in anti-cheat extensions and a wireless network manager that automatically reduces latency. Lastly, there’s a motion-smoothing “jank reducer” feature that helps minimise stutter for games running at 30 frames per second.