Putin wants his own internet 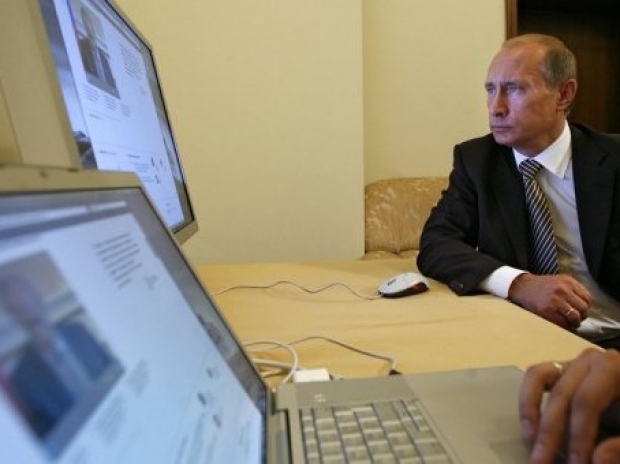 Then we can control people better

Word on the street is that the Tsar of all the Russias, Vladimir Putin, thinks that his empire would better off it had an internet he could control.

He is backing a move by Moscow lawmakers to create a “Sovereign Internet” that’s designed to create a single command post from which authorities can manage and, if needed, halt information flows across Russian cyberspace.

Putin is touting the initiative as a defensive response to the Trump Administration’s new cyber strategy, which permits offensive measures against Russia and other designated adversaries. But industry insiders, security experts and even senior officials say political upheaval is the bigger concern.

Andrei Soldatov, author of The Red Web: The Kremlin’s Wars on the Internet, said the law is not about foreign threats, or banning Facebook and Google, which Russia can already do legally.

“It’s about being able to cut off certain types of traffic in certain areas during times of civil unrest.”

Since winning re-election by a landslide last March, Putin’s approval ratings have sunk to multiple-year lows, dragged down by decisions to cut spending and raise taxes while wages continue to slide and consumer prices creep ever higher.

The draft law, which was co-authored by Andrei Lugovoi, the KGB veteran who’s wanted in Britain for the 2006 murder of renegade agent Alexander Litvinenko. The ultimate goal, according to Putin, is to ensure that the Runet, as the domestic internet is known, continues to function if Putin's chum Trump ever decides to launch a cyber war.

Putin told media executives inside the Kremlin last month that he doubted the US would unplug Russia from the web because “it would cause them enormous damage” and besides Trump owes him a few favours. Still, he said the threat is real so Russia has to prepare after all Trump will not be in office forever.

“They sit there, it’s their invention, and everyone listens, sees and reads what you say”, Putin said. “The more sovereignty we have, including in the digital field, the better. This is a very important area.”

The first stage is to install boxes with tracking software at the thousands of exchange points that link Russia to the wider web.

The units would feed a single nerve centre, allowing regulators to analyse the volumes and kinds of traffic in real time and selectively block or reroute certain types of flows, be they YouTube videos or Facebook feeds.

Lugovoi, the co-sponsor of the bill, said in hearings that officials have “absolutely no clue about the communications networks laid in Russia and cross-border connections—who owns them, how they’re used, what kind of information is sent”. Once the monitoring hub is set up, he said, “we’ll be able to see all this online”.

Internet providers and wireless carriers are objecting to the bill as written on several grounds, not least of which is expense. They say that while the government has pledged to pay the costs of implementation the $304 million estimate put forward by one of the authors won’t be enough for procurement, installation and refinement, let alone maintenance.

One Russian official said the new law will make it easier for authorities to monitor and disrupt scores of apps and message groups that are currently classified as illegal. He said as many as 30 million Russians use such services, the most popular of which is Telegram, a platform founded by rebellious tech entrepreneur Pavel Durov and his mathematician

Security experts say that the move if dumb on security grounds. If Puten is really worried about Trumps hackers centralise a distributed system makes it a lot easier to hack.

“Russia is one of the world’s largest hubs for exchanging of traffic, with fast channels”, Kozlyuk said. “Putting monitoring boxes on every node may slow down not only the Runet, but the global internet. It’s like closing your airspace.”

Last modified on 06 March 2019
Rate this item
(0 votes)
Tagged under
More in this category: « Nvidia launches RTX Triple Threat game bundle UK has the most expensive mobile data rates in Europe »
back to top