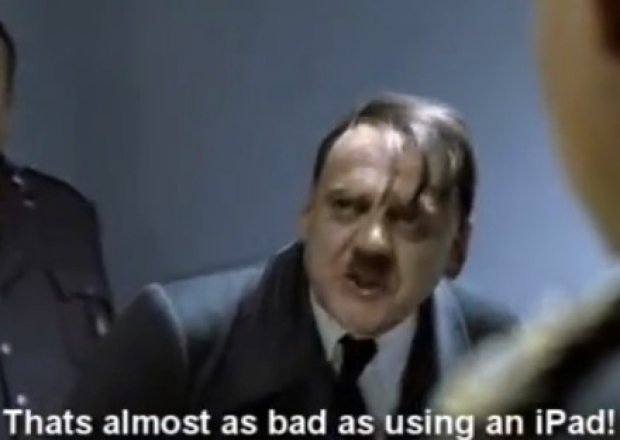 The end of a mem

Bruno Ganz, the Swiss actor who played Adolf Hitler in the film Downfall, has died in Zurich at the age of 77, his agent announced.

The actor became internationally renowned for his 2004 portrayal of the German dictator's final days inside his Berlin bunker.

Ganz did an excellent job in the flick and was touted as "the most convincing screen Hitler yet”.

However, what made him famous was that the movie was the cause of one of the world's most productive internet memes.

One climactic scene featuring a Ganz tour de force that was relentlessly parodied as the widespread 'Hitler Finds Out...' mem videos, featuring anachronistic subtitles depicting his rage and fury over topical, mundane, or banal events and trivial gossip.

The Streisand Effect helped the meme’s distribution as the production company, Constantin Films made the mistake of sending DMCA takedown notices to YouTube.

Eventually the company relented as the parodies constituted strong fair use cases.

When the director of the film was asked about the parodies, he admitted that "I think I've seen about 145 of them! Of course, I must put the sound down when I watch. Many times the lines are so funny, I laugh out loud, and I'm laughing about the scene that I staged myself! You couldn't get a better compliment as a director".

Last modified on 18 February 2019
Rate this item
(0 votes)
Tagged under
More in this category: « GVGMall Trading Platform Kicks Off 2019 With Amazing Deals Samsung to stop making Blu-ray in the US »
back to top