New material could be the future of phones 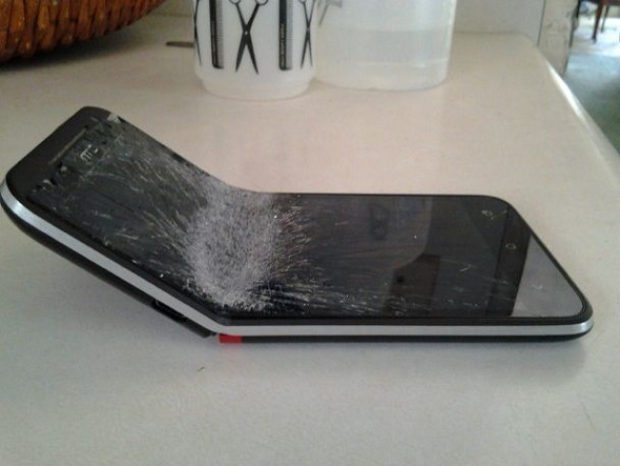 Scientists at Massachusetts Institute of Technology (MIT) have created super-thin, bendy materials that absorb wireless internet and other electromagnetic waves in the air and turn them into electricity.

Top boffin Tomas Palacios said the breakthrough paved the way for energy-harvesting covers ranging from tablecloths to giant wrappers for buildings that extract energy from the environment to power sensors and other electronics.

According to the journal Nature, which we get for the centrespread, Palacios and his colleagues connected a bendy antenna to a flexible semiconductor layer only three atoms thick. The antenna picks up wifi and other radio-frequency signals and turns them into an alternating current. This flows into the molybdenum disulphide semiconductor, where it is converted into a direct electrical current.

Molybdenum disulphide film can be produced in sheets on industrial roll-to-roll machines, meaning they can be made large enough to capture useful amounts of energy.

Ambient wifi signals can fill an office with more than 100 microwatts of power that is ripe to be scavenged by energy-harvesting devices. The MIT system has an efficiency of between 30 percent and 40 percent, producing about 40 microwatts when exposed to signals bearing 150 microwatts of power in laboratory tests.

"It doesn't sound like much compared with the 60 watts that a computer needs, but you can still do a lot with it", Palacios said. "You can design a wide range of sensors, for environmental monitoring or chemical and biological sensing, which operate at the single microwatt level. Or you could store the electricity in a battery to use later."

Last modified on 01 February 2019
Rate this item
(0 votes)
Tagged under
More in this category: « Russian hackers tried to discredit Mueller probe Chip industry will weather the economic storm »
back to top