Samsung pushes an 85-inch QLED TV in the 8K race 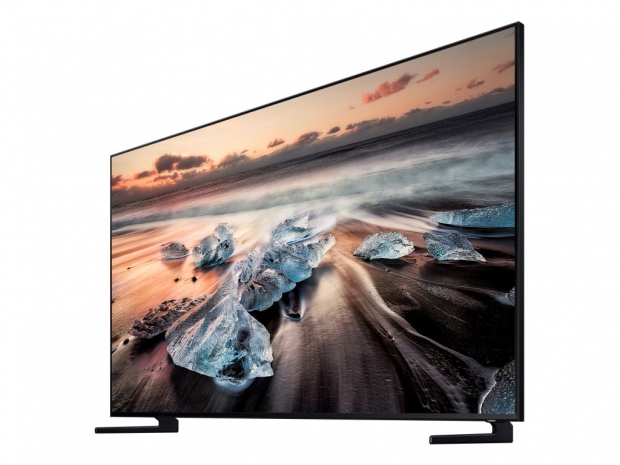 The Q900FN comes to the US in October

Samsung has  unveiled its own 8K TV at the IFA 2018 show in Berlin, and this 85-inch Q900FN QLED TV will be available in the US as of October. Not that there's bitter rivalry been Lucky Goldstar (LG) and Samsung - both successful South Korean firms on the matter.

Featuring four times more pixels than a 4K/UHD TV, the Samsung Q900FN is capable of showing 4,000nit of peak brightness, has support for HDR10+ technology, now called Q HDR 8K, can show 100% of the DCI-P3 color range, and packs quite a few unique feature as well, including AI-power 8K upscaling technology, which should make it usable until 8K content actually becomes available.

The rest of the known features include Direct Full Array Elite feature, which means it will be switching from the edge-LED to a proper full-array backlight, 100% Color Volume, One Remote, One Invisible Connection, SmartThings, Universal Guide, as well as the Ambient Mode feature, which turns the black TV slab into a piece of art, showing either the wall pattern, art, nature pictures, clock with weather and other information and more, all under minimum power usage.

“At Samsung, we’ve worked tirelessly over the years to move the industry forward when it comes to premium picture quality, and the introduction of the Q900FN with 8K AI Upscaling is an integral component as we look to the future of displays,” said Jongsuk Chu, Senior Vice President of Visual Display Business at Samsung Electronics. “We’re thrilled to introduce the Q900FN to consumers and are confident that they will experience nothing short of brilliance in color, clarity and sound from our new 8K-capable models.”

Unfortunately, Samsung was reluctant o reveal any information regarding the price but said it will be coming to the US in October, at least the 85-incher. Some information coming from the IFA 2018 show in Berlin suggests that the same series could also be available in 82-inch, 75- and even 65-inch sizes, which will probably be more reasonably priced.