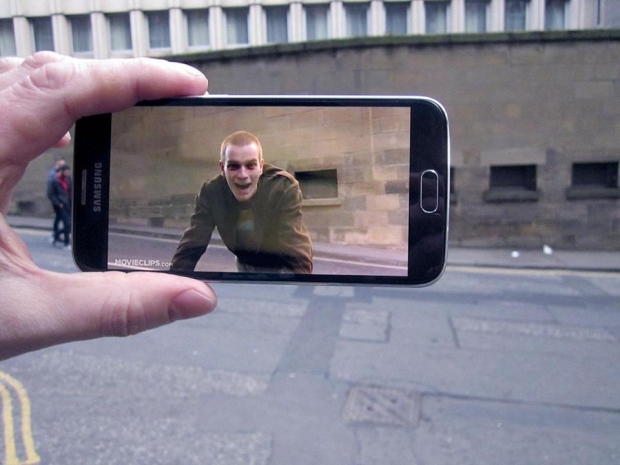 Smartphones are more addictive than heroin and  the world is falling to bits because kids are addicts, according to a new study.

Dr Erik Peper [no really] of San Francisco State University believes the ability of young people to concentrate for long periods of time has been seriously compromised by their devotion to their devices.

He tested 135 students and concluded that the ones who used them the most reported higher levels of loneliness and isolation. Peper said that they were displaying symtoms similar to drug addiction.

"The behavioural addiction of smartphone use begins forming neurological connections in the brain in ways similar to how opioid addiction is experienced by people taking Oxycontin for pain relief. It’s conditioning in that sense.”

Many phone users have difficulty disengaging from the technology, he said .This was because phones offered constant affirmation and “rewards” with a steady stream of updates, notifications, and messages, Dr Peper said.

Students who gave up their  devices experience feelings of loss and feel disconnected. It takes three or four days but at the end of that period they found themselves able to make more meaningful face to face connections with people.

The study also suggested a link between heavy phone use and depression. Dr Peper is concerned that our obsession with high-tech devices is such that it is undermining our ability to have normal conversations without constantly checking at them.

He said: “The attention span of young people has decreased significantly. I see our digital world and see how it sets evolutionary traps for us in the same way that excessive sugar is an evolutionary trap by tapping into the pleasure centres of the brain. I think a lot of people underestimated the power of that.

“As for younger people themselves, of the age my students are, they don’t know how rapidly the world has changed because they have no frame of reference – smartphones have been around as long as they can remember.”

Dr Peper suggested parents need to set ground rules early in a child’s life to prevent overuse, whereby devices were not switched on 24 hours a day, with time set aside in the evenings during which they were switched off completely.

Last modified on 20 April 2018
Rate this item
(0 votes)
Tagged under
More in this category: « Qualcomm to cut 1500 jobs Microsoft runs out of Windows phones »
back to top