EVGA officially brings its Z10 keyboard to the store 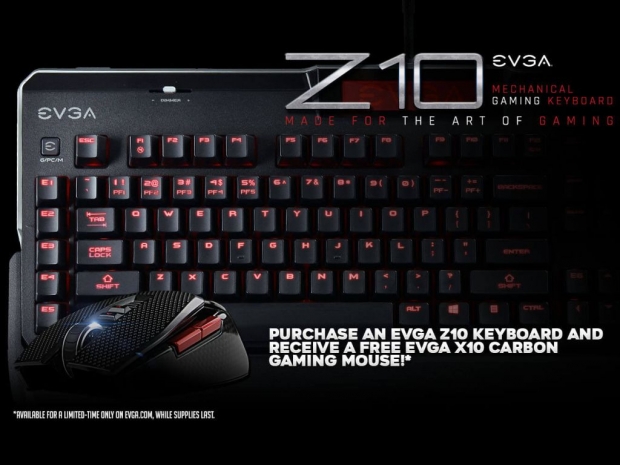 EVGA has now officially launched its new Z10 mechanical gaming keyboard that offers some interesting features, including the customizable LCD screen that can be paired up with EVGA's own software, mechanical Kailh switches and more.

We already had a chance to see the same EVGA Z10 keyboard at a couple of previous shows and we were quite keen for it to officially become available. Thankfully, EVGA has managed to get it done and the new Z10 keyboard will join EVGA's X3, X5 and X10 series of gaming mice.

Built with enthusiasts in mind, as EVGA was keen to point out, the new Z10 keyboard measures at 185x470x35mm and weighs 1.48kg, which should keep both the keyboard and the magnetically-attached customizable wristpad well attached to the desk. It also comes with a customizable red backlight and a customizable LCD display which can be set to monitor EVGA's Precision XOC or ELEET X stats, custom game timers and several other functions.

The EVGA Z10 mechanical gaming keyboard is already available directly from EVGA's store with either Kailh Brown or Kailh Blue switches, both priced at US $149.99. Currently, EVGA runs a neat promotion giving away a free EVGA X10 Carbon gaming mouse with every purchase of the Z10 gaming keyboard. The keyboard is backed by a 3-year warranty. 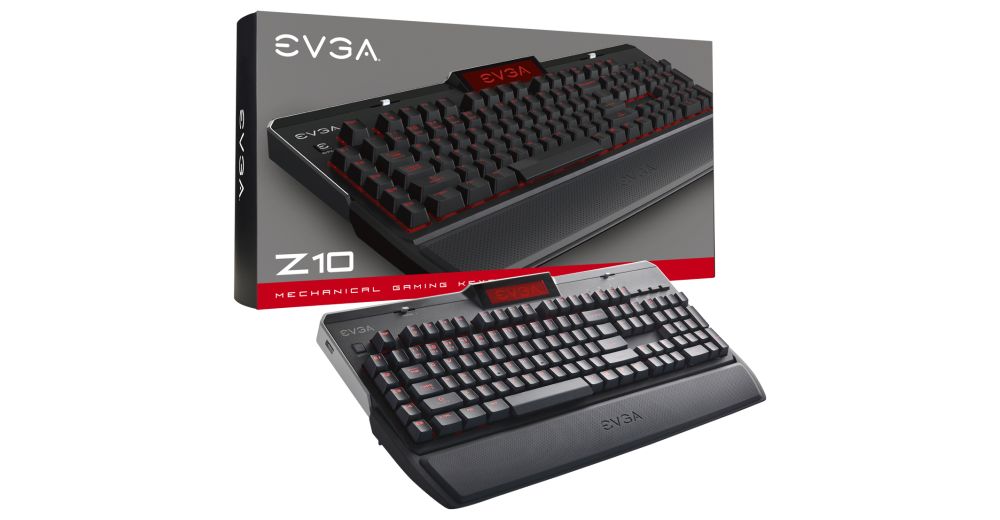 Last modified on 07 April 2018
Rate this item
(0 votes)
Tagged under
More in this category: « Some of Samsung's 2018 TVs will support 120Hz FreeSync and VRR Facebook data belongs to President Putin now »
back to top