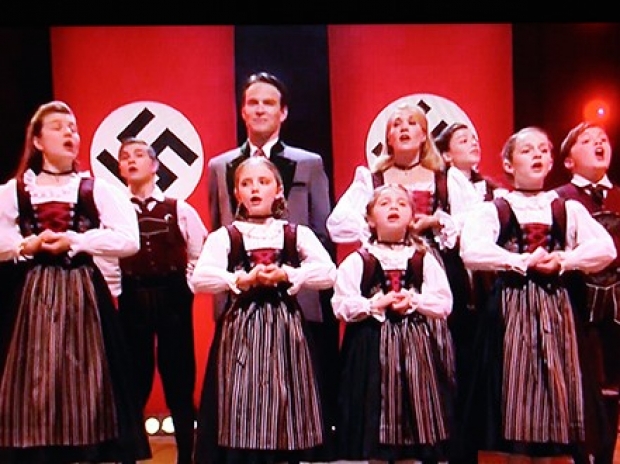 Neo-Nazis discover the power of music

A BBC investigation has found how neo-Nazis have been able to take over YouTube by using hate music which YouTube has been powerless to stop.

Instead of a weedy guy with a moustache shouting hate at people, which would almost certainly be banned, the neo-Nazis are packaging their message into music videos which glorify violence and frequently talk about the mass killing of Muslims, Jews and other groups in celebratory detail.

Among the tracks found by the BBC was one titled Fire up the Ovens by a band called the Bully Boys. It celebrates the Holocaust, references anti-Semitic conspiracy theories and includes the lyric "we love to kill". Other songs by other bands call for burning Turkish people and call Muslims "sub-humans" and include other, much more derogatory slurs.

The material is illegal in many countries, and the Google-owned company's guidelines prohibit "content that promotes violence against or has the primary purpose of inciting hatred against individuals or groups based on certain attributes" including race, ethnic origin, religion and a host of other categories.

But it did not take the BBC long to find 99 videos and one channel which were potentially in violation of local laws and YouTube's own rules. Using the site's reporting system, it flagged all of these links and included the time codes of specific lyrics.

However, after the Beeb complained to test the effectiveness of the system only seven of the videos were taken down, while another 47 were made unavailable in the UK and some other countries - for instance, Germany has laws against Nazi symbols and propaganda. In some cases there were apparent discrepancies in the way material was handled.

YouTube said: "We know there's more to do here and we're committed to getting better. We're making progress in our fight to prevent the abuse of our services, including hiring more people and investing in machine learning technology... we also support creators who promote tolerance on their YouTube channels."

YouTube says its reporting systems were working correctly. But the company admitted that it made mistakes in handling some of the reports.

Many of the white supremacist songs posted on YouTube are from punk and hardcore bands active in the 80s and 90s.

Other music streaming companies appear more aware of the issue. Spotify has apparently carried out a purge of neo-Nazi music

Last modified on 20 March 2018
Rate this item
(0 votes)
Tagged under
More in this category: « Windows Redstone 4 expected in April IBM builds smallest computer »
back to top