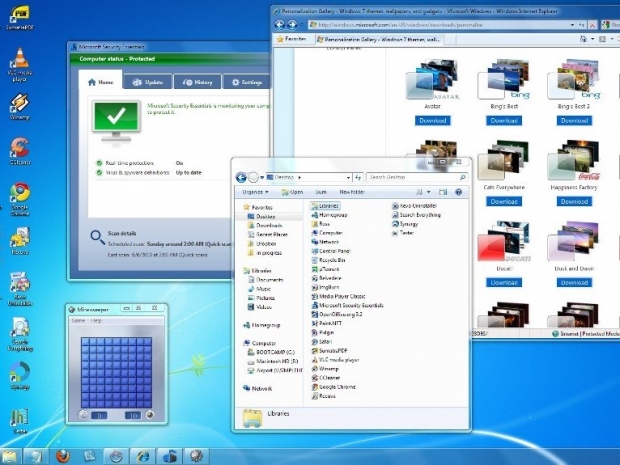 Or a single working copy of Windows 7

An Albuquerque man has sued Microsoft with the unusual choice of providing a fresh copy of Windows 7 or $600 million in damages.

According to a civil complaint filed last week on February 14, Frank Dickman (no really) of Albuquerque, New Mexico, is suing Microsoft because of a botched forced Windows 10 upgrade.

"I own an ASUS 54L laptop computer which has an OEM license for Windows Version 7", Dickman's claim reads. "The computer was upgraded to Windows Version 10 and became non-functional immediately. The upgrade deleted the cached, or backup, version of Windows 7."

Dickman says that the laptop's original OEM vendor is "untrustworthy" hence he cannot obtain a legitimate copy of Windows 7 to downgrade his laptop.

Attempts to obtain a new Windows 7 version from Microsoft have failed because "Microsoft Corporation refuses to replace their licensed operating system for this laptop and requires that the computer vendor replace it", the lawsuit reads.

Dickman wants Microsoft to provide "the OEM version of its Windows 7 operating system" for download via its official website so he can download and install it on his bricked laptop.

The angry plaintiff wants a judge to force Microsoft to comply with his request in 30 days or pay up $600 million in damages.

Last modified on 20 February 2018
Rate this item
(0 votes)
Tagged under
More in this category: « Apple gets bug fix out Windows on ARM will not be full fat »
back to top