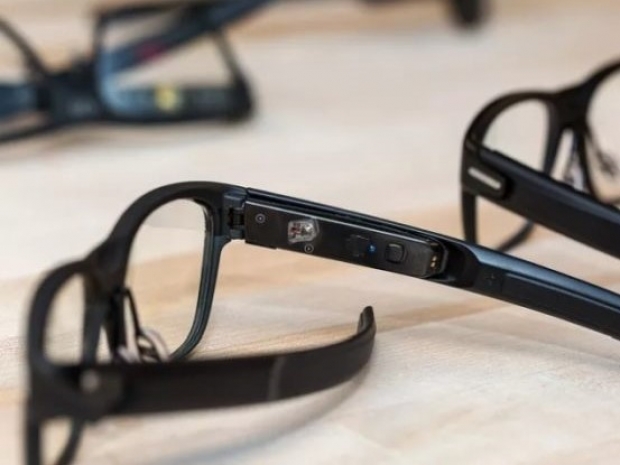 They just laser your eyeballs

Chipzilla has created a pair of experimental smartglasses which are sensible.

Itai Vonshak, head of products at Intel’s New Devices Group, told The Verge that the glasses are not geeky or weird and don't need “ tapping and fiddling".

This is a dig at Google Glass which gave users, armed with a camera, a microphone, and an awkward looking frame, and the nickname  “glassholes”. Google has since shifted the focus of its smartglasses to corporate customers for use in workplaces like factories.

Instead the Vaunt prototype uses a vertical-cavity surface-emitting laser, a low-power laser for projecting a red image onto a “holographic reflector” on the right lens—just out of the normal line of sight. People wearing them therefore do not need to constantly look at notifications. The image is reflected back to the user’s retina, is always in focus, and supposedly safe.

The smartglasses will include Bluetooth to connect to either iPhone or Android phones, along with a compass, an accelerometer, and an app processor built into the device. There’s no vibration or noise when getting a new notification. Instead, users will notice when something appears in that area of their glasses—but notifications won’t be very noticeable to others.

These are just very basic level smartglasses that Intel hopes others can build on, much the same way that smartphones opened the world to new apps and technology by third parties. Developers will be part of an “early access program” to start testing new possibilities and new apps. It’s unclear if and when the broader public will get to Vaunt smartglasses.

In the video potential uses were listed including hands-free grocery shopping, asking a virtual assistant like Alexa to display a recipe on the glasses, and getting flight information while carrying luggage in an airport.

More in this category: « New Jersey creates its own net neutrality law Global semiconductor sales increase 26 percent »
back to top