Torvalds says Intel needs to admit it has a problem 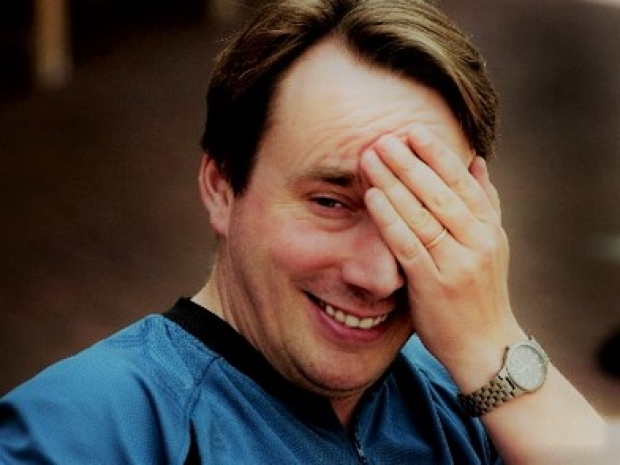 Chips are just not up to snuff

IT’s Mr Sweary, Linus Torvalds has had some harsh words for Intel after the two bug issues were announced last week.

As Business Insider noted, as the person in charge of the open-source Linux kernel, Torvalds may be freer to share his opinion on Intel’s explanation for the issue than engineers working for the company’s business partners.

For those who came in late, two flaws — dubbed Meltdown and Spectre — were revealed last week in Intel processors made since 1995 and companies have been hustling to offer fixes and workarounds. Intel has been doing its best to play down the mess, claiming that few people would be affected.

Torvalds was jolly cross at Intel's bid to play down the crisis through its media statements, saying: "I think somebody inside of Intel needs to really take a long hard look at their CPUs, and actually admit that they have issues instead of writing PR blurbs that say that everything works as designed."

He said that it appeared that Intel’s answer was that it was “committed to selling you shit forever and ever, and never fixing anything'?"

He said that if that is the case people should be looking towards the ARM64 people more.

In an email to a Linux list this week, Torvalds questioned the competence of Intel engineers and suggested that they were knowingly selling flawed products to the public. He also seemed particularly irritated that users could expect a five to 30 percent projected performance hit from the fixes.

Last modified on 08 January 2018
Rate this item
(0 votes)
Tagged under
More in this category: « FCC claims US internet is too fast CES continues to be men only »
back to top