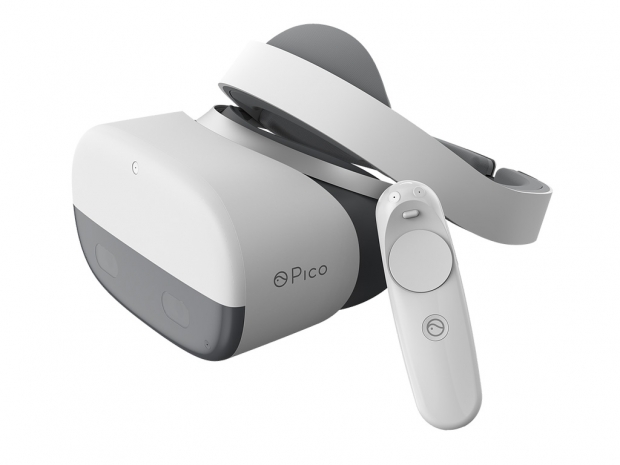 Pico is no stranger to VR headsets but its newest Pico Neo is quite interesting as it features a Qualcomm Snapdragon 835 SoC, total resolution of 3K and six degrees of freedom (6DoF) tracking for both the headset and controllers.

The new Pico Neo VR headset comes with two 3.5-inch 1440x1600 resolution, 90Hz refresh rate, LCD screens and is based on the Qualcomm Snapdragon 835 SoC with 4GB of RAM and 64GB of internal storage, expandable to 256GB via an SD card.

What makes the Pico Neo special, or similar to the HTC's Vive Focus, is the six degrees of freedom (6DoF) tracking for the headset as well as the 6DoF controllers, which use ultrasonic sensors to track their positions. The new Pico Neo VR headset is now available for pre-order for business customers and developers for US $749.

Although the price sounds a bit steep now that wired VR headsets have dropped down to a more reasonable price range, bear in mind that this one offers two 6DoF on both the headset as well as two 6DoF controllers, something that is not available on any other VR headset.

In addition to the new Pico Neo VR headset for business and developers, Pico Interactive has also announced the new Pico Zense modules which feature high-resolution Time-of-Flight (TOF) depth-sensing technology and should be showing both the Pico Neo as well as its Zense modules at the CES 2018 show in Las Vegas.

Last modified on 27 December 2017
Rate this item
(0 votes)
Tagged under
More in this category: « Geeks hiring hookers from work Obama warns against social media »
back to top