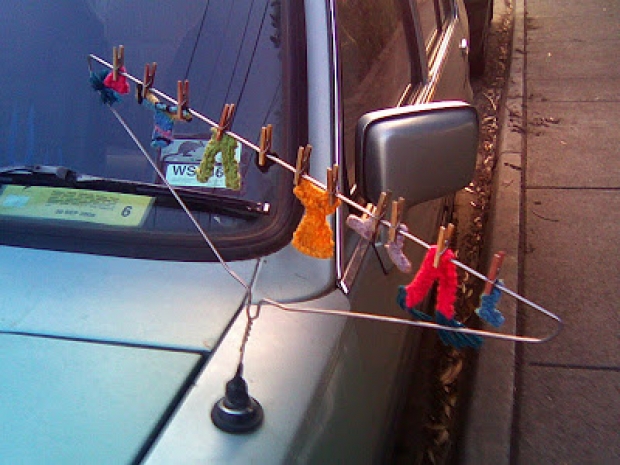 Boffins at Northeastern University in Boston have emerged from their smoke filled labs having shrunk antennas for wireless communication by 100 times.

The move could lead to tiny brain implants or micro-medical devices,.

According to Science Magazine the new mini-antennas play off the difference between electromagnetic (EM) waves, such as light and radio waves, and acoustic waves, such as sound and inaudible vibrations.

EM waves are fluctuations in an electromagnetic field, and they travel at light speed. Acoustic waves are the vibration of matter, and travel at the speed of sound. An EM wave has a much longer wavelength than an acoustic wave. Antennas receive information by resonating with EM waves, which they convert into electrical voltage.

For such resonance to occur, a traditional antenna's length must roughly match the wavelength of the EM wave it receives, meaning that the antenna must be relatively big.

But the antenna can also resonate with acoustic waves. The new antennas take advantage of this fact. They will pick up EM waves of a given frequency if its size matches the wavelength of the much shorter acoustic waves of the same frequency.

That means that that for any given signal frequency, the antennas can be much smaller. The trick is, of course, to quickly turn the incoming EM waves into acoustic waves.

Apparently the team created two acoustic antennas. One has a circular membrane, which works for frequencies in the gigahertz range, including those for WiFi. The other has a rectangular membrane, suitable for megahertz frequencies used for TV and radio. Each antennas is less than a millimeter across, and both can be manufactured together on a single chip.

When researchers tested one of the antennas in a specially insulated room, they found that compared to a conventional ring antenna of the same size, it sent and received 2.5 gigahertz signals about 100,000 times more efficiently.

Last modified on 24 August 2017
Rate this item
(0 votes)
Tagged under
More in this category: « French outfit offers spyware to tell if your son is gay Apple’s on-again off-again self-driving project is really off »
back to top