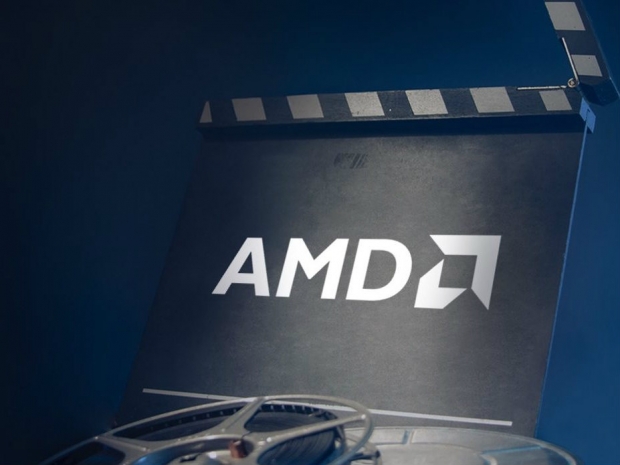 AMD has announced that the company has created AMD Studios,  to work closely with Hollywood producers and studios.

Corporate Vice President and Worldwide Head of Media & Entertainment at AMD Studios, Roy Taylor, said it took a while to get to this point. Taylor is based in Los Angeles, and made connections witht the entertainment industry and realised that there is a business opportunity that could benefit both AMD/RTG and many of the Hollywood studios.

The movie industry went from the 1990s post production where computers were used to add bigger and better explosions and sky/cloud to late 1990s pre-visualization. In the late 90s Hollywood started using gaming engines to create sets for producers and directors. Time on set is expensive, especially if it is offsite. Teams of computer chaps were using game engines to lay out the set all the way from front to back.

Virtual production means that computers are used for post processing, all kinds of visualisations and rendering and graphics such as in the Radeon Pro can be used to create realistic scenes before they get sent to render. It can take hours to render a single frame in movies such as Avatar or a Star Wars AAA title.

Producers, directors, actors can use the games engines all the way through and see everything on the set in real time. If you have seen the making of movies this is where actors act in front of a big green surface, that  gets replaced with a realistic digital rendering.

The trend is to change from offline rendering for film and TV to real time rendering. The goal is an end-to-end digital pipeline and AMD thinks it can help Hollywood with its engineering, hardware and software solutions.

AMD Studios is a one stop shop for Hollywood studios where they can consult, get advice and create solutions that will best fit their needs. Taylor said that Nvidia wants to do everything on the GPU, Intel wants to render everything on the CPU, while AMD uses both and can help the customer chose the best experience.

Rendering on a GPU is good if you have a small data sets, but if you have large data sets you will need a CPU, and this is how Radeon PRO and Epyc can come handy to solve both problems.

Taylor mentioned that AMD worked with Fox to help Alien: Covenant | "In Utero" A 360 Virtual Reality Experience for 20th Century Fox, the video is embedded in this article. AMD helped create a player for 4K video stereo video playback.

Jarred Land, president of Red Camera, was supported by AMD and its SSG team to do the real time 8K editing with 25 FPS. Land wanted AMD to read the R3D Red Format Video and  AMD managed to make the Red format run on SSG, as we witnessed ourselves.

The best way to view AMD studios is a one stop shop technology solution for TV, Film, AR and VR. AMD has the workforce and the know how, and if not can help customers to make what fits the customers' needs. One example is a workstation based on Epyc that can be used for content creation during the day and for rendering in the night. The workstation project uses a powerful machine with Dual CPU EPYC workstation with up 4 SSGs or 4 WX9100 and 100 TFlops or performance.

Taylor has gathered some nice people to help  AMD studio out. The team includes Dominick Spina, an Ex Digital Domain, Sony Pictures who commercialised Nuke together with Foundry. Foundry is an important software company making tools for film and television.

James Knight worked on some big A list titles including Avatar, Iron Man, The Chronicles of Narnia: Prince Caspian and many more.

The team also includes Robin Prybil,  a visual effects executive who worked on The Avengers, Avatar, The Hobbit, Iron Man 3 and many others.

Taylor even has an IMDB credit, which is an amazing achievement considering that Roy comes from GPU-centric companies and not the entertainment industry. One important thing to bear in mind is the fact that these people can help AMD get more Hollywood studio connections and do some business.

AMD is planning to open up its Peta rendering box access for a smaller studios and sell Peta for the bigger ones. AMD studios is sponsoring AMD Bafta awards, London VR awards and  works with a few schools including National Film and Television School in Beaconsfield England, the USC school of cinematic arts, the University Nebraska Lincoln film school and the Dodge College of Film and Media Arts. The company is after young talent.

AMD believes that this is the time for transition to real time rendering with game engines. We are getting towards the point that graphics can make actresses in engines to look great. With techniques like volumetric capture we are getting closer, and CPUs and GPUs are just getting faster.

Last modified on 16 August 2017
Rate this item
(0 votes)
Tagged under
More in this category: « Fiat cars will soon have Intel under the bonnet HP continues on Continuum »
back to top