DoJ demands IP addresses of those who don't like Trump 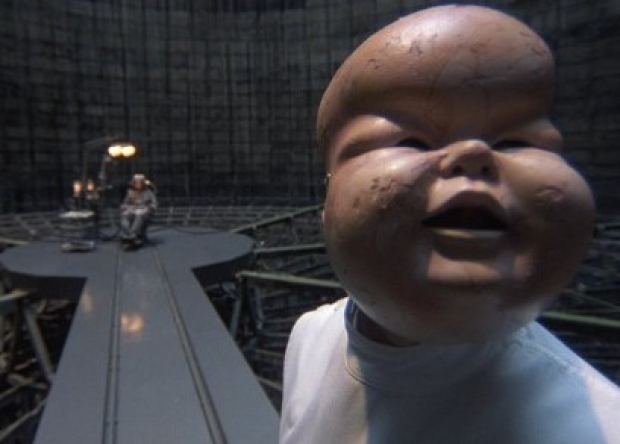 Warrants issued for most of America

The US government wants the IP addresses of anyone who visited an anti-Trump website.

The move has alarmed privacy advocates who say it is an unconstitutional “fishing expedition” for political dissidents.

As white supremacists drive cars into crowds of anti-right wing demonstrators, the DoJ is cracking down on those who think that Donald Trump is doing a bad job.

On 17 July, the Department of Justice served a website-hosting company, DreamHost, with a search warrant for every piece of information it possessed that was related to a website that was used to coordinate protests during Donald Trump’s inauguration.

The warrant covers the people who own and operate the site, but also seeks to get the IP addresses of 1.3 million people who visited it, as well as the date and time of their visit and information about what browser or operating system they used.

The website, www.disruptj20.org, was used to coordinate protests and civil disobedience on 20 January, when Trump was inaugurated.

General counsel for DreamHost Chris Ghazarian said that this was a pure prosecutorial overreach by a highly politicised department of justice under Attorney General Jeff] Sessions.

“You should be concerned that anyone should be targeted simply for visiting a website.”

DreamHost announced its plans to challenge the government in court. The DoJ declined to comment and the hearing will take place on Friday.

The Trump government has aggressively prosecuted activists arrested during the 20 January protests in Washington DC. In April, the US attorney’s office in Washington DC filed a single indictment charging more than 217 people with identical crimes, including felony rioting.

DreamHost provided the government with “limited customer information about the owner of the website” when it first received a grand jury subpoena one week after the protests occurred. But the government came back in July with the much broader search warrant.

“We’re a gatekeeper between the government and tens of thousands of people who visited the website,” said Ghazarian. “We want to keep them protected.”

The Electronic Frontier Foundation, which has been advising DreamHost, said the warrant was an “unconstitutional fishing expedition”. It said that there was no justification other than casting your net as broadly as possible to justify millions of user logs.

It’s not the first time that the US government has sought to unmask people protesting against Donald Trump or his policies.

In March this year, Customs and Border Protection (CBP), a division of the homeland security department, ordered Twitter to hand over the phone numbers, mailing addresses and IP addresses associated with @ALT_USCIS, an account that purported to convey the views of dissenters within the government.

The account, whose username is a reference to the US citizenship and immigration services, is one of dozens of alternative Twitter accounts established after Donald Trump was inaugurated.

Twitter launched a lawsuit against the Trump administration, arguing that it would have “a grave chilling effect on the speech of that account in particular and the many other ‘alternative agency’ accounts that have been created to voice dissent to government policies”.

In the end the Trump administration gave up.

We would not have thought it was difficult to find people who do not like Trump that much. Right now he has the popularity rating of the Boston Strangler. If the DoJ wanted to find a dissident, all it needs to do is pick a random IP address, work out if it belongs to anyone who is not a white male and it should get a hit.

Last modified on 15 August 2017
Rate this item
(0 votes)
Tagged under
More in this category: « Intel gives up on Trump Global digital gaming to grow »
back to top