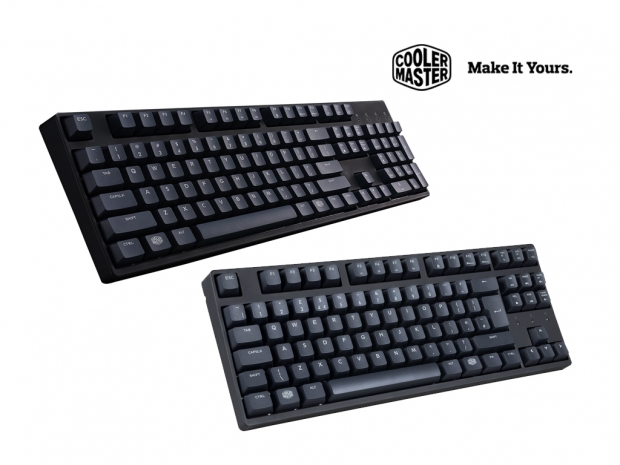 Cooler Master, a company known for its PC cases and coolers, has launched two new gaming keyboards, the MasterKeys S and MasterKeys L, both of which will feature Cherry MX switches, minimalistic design with thin bezels and, most importantly, PBT keycaps.

The two new keyboards that will be a part of the MasterKeys lineup, the MasterKeys S and MasterKeys L, will come with Cherry MX switches, hybrid N-key rollover as well as special, extra thick 1.5mm PBT keycaps. They are injection molded, double laser-etched, and fiber reinforced, meaning that they could withstand anything, including solvents. Cooler Master also included a pack of seven extra red keycaps for "gaming" keys, which should appeal to gamers.

As you could have guessed from their names, these two keyboards will feature standard full-size design, MasterKeys L PBT, and the so-called tenkeyless design, for the MasterKeys S PBT.

The MasterKeys S PBT and MasterKeys L PBT will be available end of June, with a suggested price set at €99 and €109, respectively. 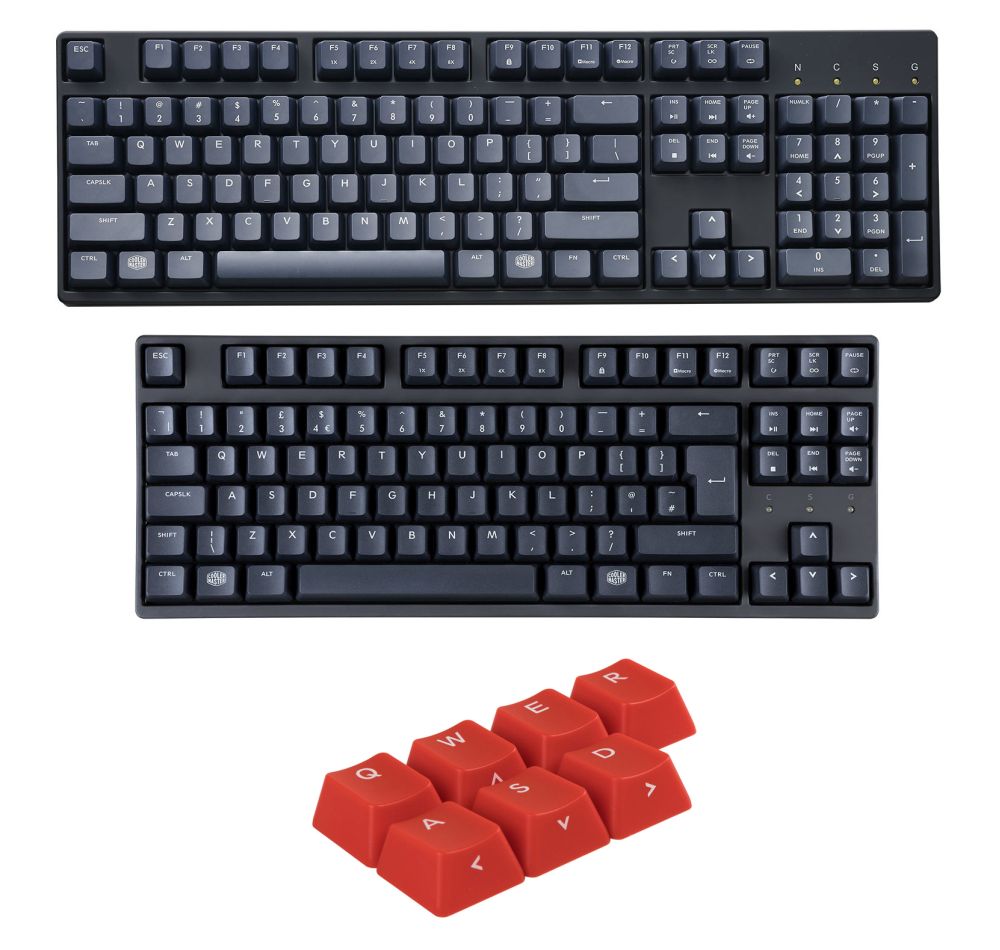