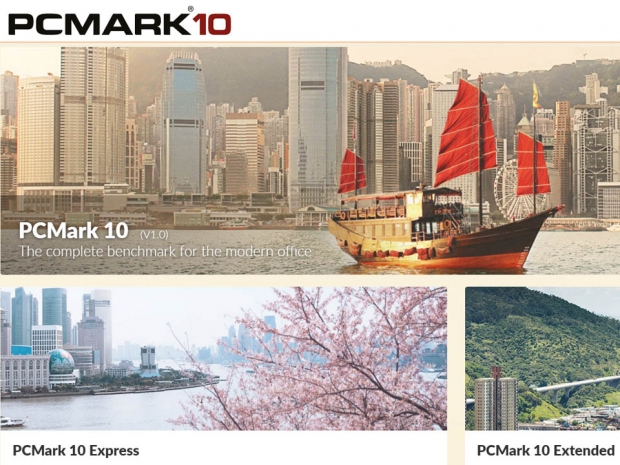 Half the runtimes of PCMark 8 with revised office workloads

Futuremark has announced the latest update in its highly acclaimed industry standard office benchmarking suite, PCMark 10. The company was kind enough to give us an early preview to evaluate the workloads it is providing with this release, now featuring three test options.

This year’s PCMark 10 has been designed with focus on improving performance in Windows 10. The release also cuts down the time needed to run a complete benchmark by half when compared to PCMark 8, and removes the need to choose between “Conventional” or “Accelerated” mode to enable OpenCL support.

One of the new workloads is called “App Start-Up,” which measures the time taken to open various applications and is relevant for assessing storage performance. A second test called “Rendering and Visualization” uses OpenGL to simulate professional graphics and give an estimate on overall processor scaling performance. The third new workload is an update to the previous “Mainstream Gaming” workload, now called “Gaming,” that uses a version of 3DMark Fire Strike to more closely resemble a modern gaming scenario. The combined test brings in an additional workload that puts more load on the CPU and GPU.

The latest iteration of PCMark now includes three benchmarking modes – Standard, Express, and Extended. The standard PCMark 10 mode is designed for the modern office, giving business and enterprise users a way to evaluate PCs for the workplace with specific performance needs in mind. The Express mode is designed as a shorter test focused on only basic work tasks, or what Futuremark defines as “general office use.” Finally, the Extended mode is a longer benchmark that provides the most thorough assessment of system performance beyond typical office workloads and routines. 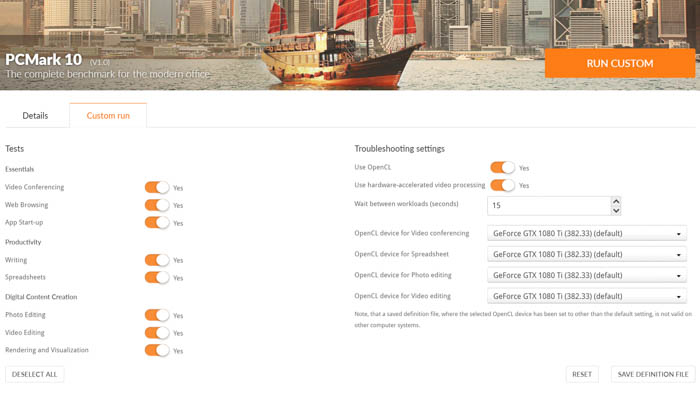 Upon opening the benchmark for the first time, the iconic PCMark logo appears in front of a ship sailing off somewhere in a harbor in Taiwan. The program immediately gives the user a choice to run the Standard benchmark suite or to select More Tests, where the Express, Extended, and Custom options can be selected.

In the technical guide that was included in our press preview kit, Futuremark defines the accuracy of its benchmarks in relation to “trueness” and “precision” values (ISO 5725-1). Trueness is defined as a relationship between the average of thousands of test results verses an accepted reference, while precision is defined as the agreement between those test results. When it comes to PCMark 10, precision is usually falls within 3 percent after many repeated tests. 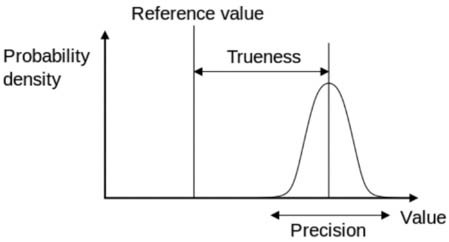 For businesses and system assessment profiles, the company usually recommends running the benchmark several times and then taking the average of the results. For the sake of providing an overview of the PCMark 10 testing suite, we have run only a single benchmark in Standard mode on a modern desktop and a convertible notebook for reference. As always, we made sure to disable our BitDefender Internet Security software to prevent any runtime applications from being blocked. 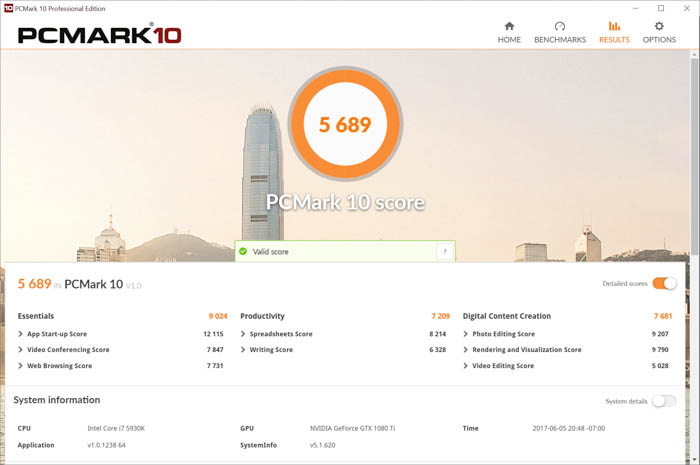 For our second benchmark, we ran the PCMark 10 Standard suite on an HP Spectre x360 Kaby Lake convertible notebook featuring an Intel Core i7 7500U, 8GB of DDR3L memory, and Intel HD Graphics 620. The program was installed on a Samsung PM951 NVMe SSD running Windows 10 Pro version 1703. 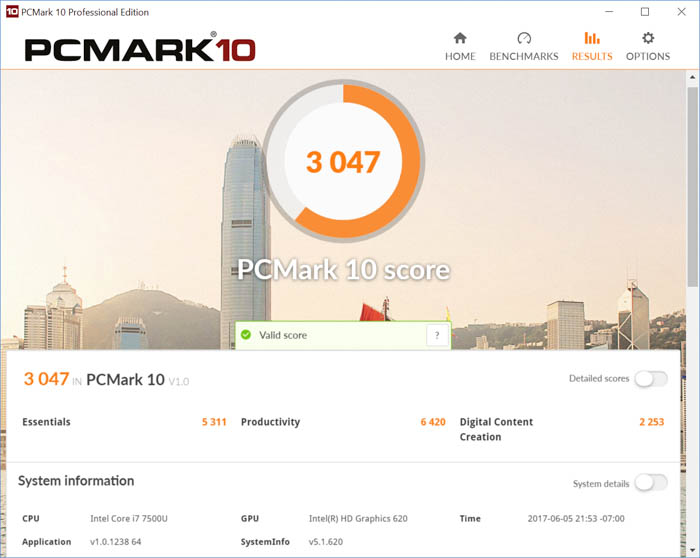 Based on our results, the Kaby Lake notebook scored 3,047. This equates to 5,311 in the Essentials category, 6,420 in Productivity, and 2,253 in Digital Content Creation.

With PCMark 10 Professional Edition, the benchmarks feature a new hardware monitoring chart that shows various performance and hardware metrics that change during the test cycles. This is a neat and useful addition to Task Manager that can automatically switch through Frequency, Temperature, Power Consumption (W/s), and GPU Load patterns. Of course, results can be exported to an XML file for later reviewing. 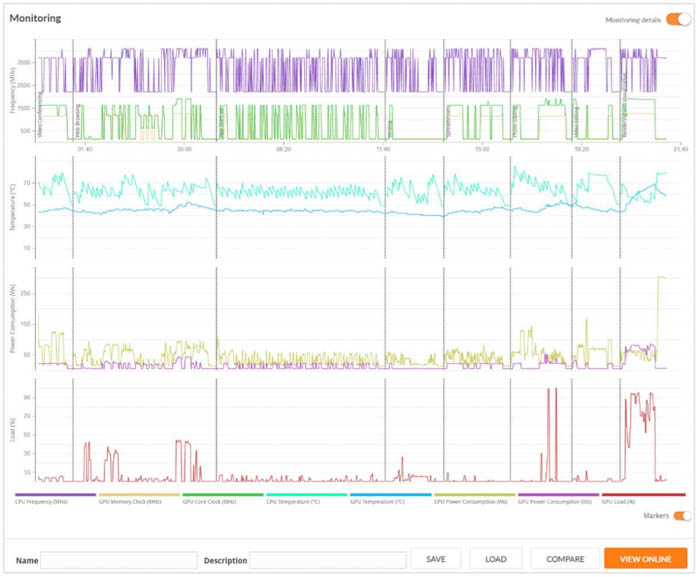 PCMark 10 is a robust and performance-optimized update over its PCMark 8 predecessor and provides more insight into office workload performance for businesses, OEMs and even professionals, gamers or casual consumers. The full list of third-party software used in this release includes popular names like FFmpeg v3.0.1, GIMP v2.8.14, and Firefox v53 Beta, while others include Chromium v55, AutoIt 3 v3.3.14.2, OpenCV v3.1.0, LibreOffice v5.2.4.2, ImageMagick v6.9.8.0, and POV-Ray v3.7.1 Beta 5. The latest version was announced for press on June 5th and will be made available to the public in both Basic and Advanced editions on June 22nd.

Last modified on 06 June 2017
Rate this item
(0 votes)
Tagged under
More in this category: « Apple confirms it's copying Amazon and Google Apple users too stupid for latest features »
back to top