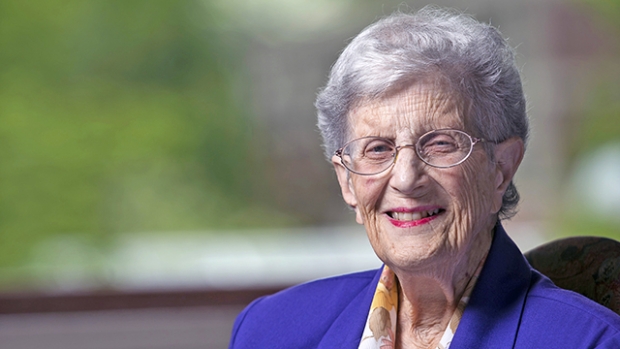 But the code still lives on

Early software engineer and co-designer of COBOL, Jean Sammet, has died in Maryland at the age of 89.

While Grace Hopper is often called the "mother of COBOL", she was not one of the six people, including Sammet, who designed the language.

Sammet famously said that "I yield to no one in my admiration for Grace. But she was not the mother, creator or developer of COBOL".

By 1960 the Pentagon had announced it wouldn't buy computers unless they ran COBOL and inadvertently created an industry standard.

COBOL really was very good at handling formatted data and more than 200 billion lines of COBOL code are now in use and an estimated 2 billion lines are added or changed each year.

Sammet was entirely self-taught, and in an interview two months ago, shared a story about how her supervisor in 1955 had asked if she wanted to become a computer programmer.

She didn't know what a programmer was, but then neither did her boss, but apparently they needed one.

Within five years, she was the section head of MOBIDIC Programming at Sylvania Electric Products, and had helped design COBOL - before moving on to IBM, where she worked for the next 27 years and created the FORTRAN-based computer algebra system FORMAC.

Last modified on 05 June 2017
Rate this item
(0 votes)
Tagged under
More in this category: « Keller is building self-driving vehicles for Tesla Java 9 will be late »
back to top