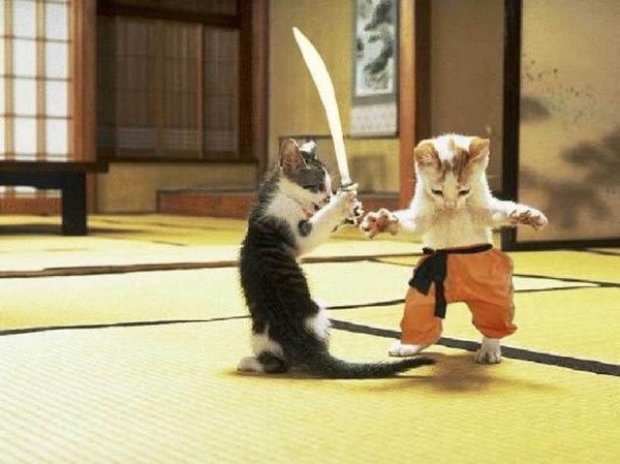 Japan's government has written a stiff note to Toshiba and partner Western Digital to tell them to stop fighting and co-operate.

The government is cross about the escalating dispute between the two that threatens to upend the sale of Toshiba's chip unit.

Western Digital sought international arbitration this week to stop Toshiba from selling the unit without its consent, arguing that the Japanese conglomerate has violated contracts relating to their joint venture that operates Toshiba's main semiconductor plant.

The outfit is bidding for the world's second biggest NAND chip producer, but is not among the frontrunners after submitting a much lower offer than the rest.

Trade Minister Hiroshige Seko told reporters at a regular briefing that it was very important for Toshiba and Western Digital to cooperate. He added that the ministry did not intend to intervene in the scrap at the moment.

His comments come after media reports that one of the proposed deals under discussion among government circles is to have chip unit - which is valued by Toshiba at at least $18 billion - brought under control of the state-backed Innovation Corporation of Japan fund.

Shares in Toshiba, which is depending on the sale of the chip unit to cover billions in dollars in cost overruns at its now bankrupt U.S. nuclear unit Westinghouse, slid to end down 12 percent. The cost of insuring against default for Toshiba's five-year yen debt also spiked 10 basis points higher.

Toshiba said it had not yet decided whether to proceed with a threat to block Western Digital employees from the plant as well as databases if the U.S. company did not sign a broad collaboration agreement that the two had negotiated. CEO Satoshi Tsunakawa said on Monday that he would make a decision on the matter today.

Other suitors for the chip unit include Taiwan's Foxconn and US chipmaker Broadcom but are also seen as less attractive options.

Foxconn may face opposition due to its deep ties to China as the government has said it will block any deal that risks key technology leaving Japan, while Western Digital has said hates Broadcom, its wife, its children and all its relatives.

Last modified on 16 May 2017
Rate this item
(0 votes)
More in this category: « ARM is coming back to mobile devices in a big way Orange sued over fibre optic network coverage »
back to top