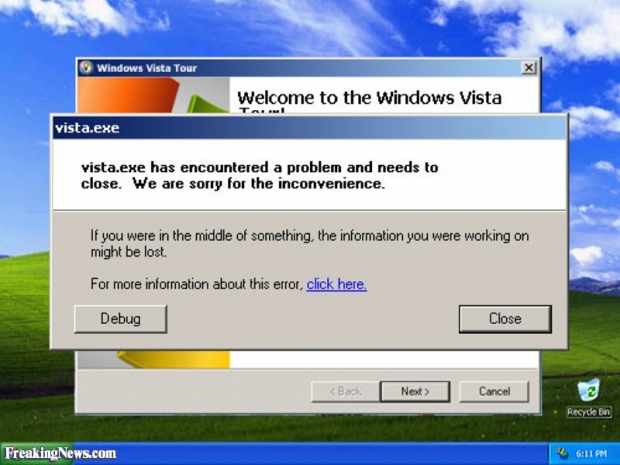 Death of a legend

Software king of the world Microsoft has finally pulled the plug on what must be its worst product ever.

Coming after the highly successful Windows XP, Microsoft Vista arrived in January 30, 2007 packed full of hype and hope, but turned out half-baked. Although the software ended up not being that bad, its first year of operations was blighted by poor press and crashes.

Vista had a high hardware and software demand when it was launched, and PCs of the day could not cope, leading to poor PC performance. The User Account Control (UAC) feature was panned by users over the number of authorisation prompts the OS pushed out to users.

Windows Vista also prohibited the copying of protected digital media, among other things. These issues caused the low adoption of the operating system.

Mainstream support for Windows Vista ended back in April 10, 2012. However, its extended support for the second service pack lasted for five more years.

From today, Microsoft will no longer offer hotfixes, security patches, or any sort of update to its users around the globe. Anyone using Windows Vista past the support date could leave the OS vulnerable to security risks and viruses that could harm the computer.

Internet Explorer 9 on Vista has also been discontinued and Microsoft will also cease providing technical support for computers running the OS.

Last modified on 11 April 2017
Rate this item
(0 votes)
Tagged under
More in this category: « Staying with broadband company can cost you EVGA releases B3 series power supply units »
back to top