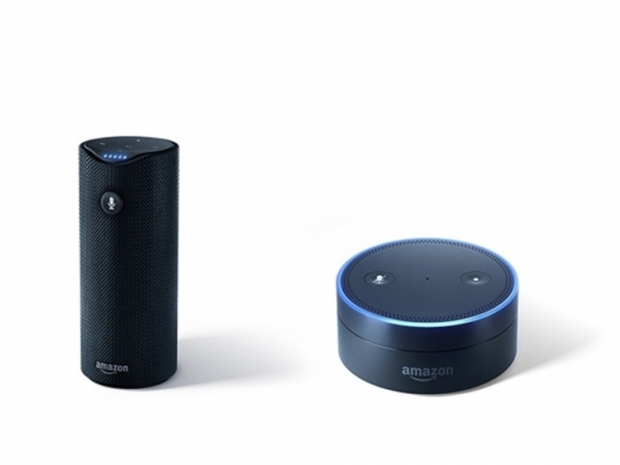 Device shuts down after being asked about federal connection

In light of recent revelations that the Central Intelligence Agency has been keeping thousands of zero-day technology exploits at its disposal for public surveillance purposes, the Amazon voice-activated assistant known as Alexa has now come out into the light and revealed her potential involvement with the intelligence group’s covert operations.

A video clip was posted to Reddit on Thursday of a woman who asked her Amazon Echo Dot a series of personal questions, starting with whether the device would ever lie to her by giving incorrect information. She then asked the virtual assistant twice whether it was connected to the CIA, after which the device promptly shut down both times and restarted before eventually issuing a response:

According to spokesmen at the retail giant, the shutdowns were caused by a “technical glitch which we have [now] fixed”.

The device is able to promptly respond to questions about the definition of the acronym “CIA,” to which it says “the United States Central Intelligence Agency”.

According to most people familiar with the video, they insist that the device did not understand the woman’s original questions. However, some have humorously connected the shutdown to one of the smart device surveillance programs in use by the CIA that have recently been disclosed by WikiLeaks in what is now considered the most comprehensive release of US spying files ever made public.

One of the alleged exploits called “Weeping Angel” targets Smart TVs and personal assistant devices by using them as “hot mics” in a false sleep mode. In this state, the device can record personal conversations in the room and send them via the Internet to one of the agency’s discrete locations.

Amazon does not disclose content “unless required to do so”

While there is no evidence that Amazon’s Echo devices have been affected by these discrete exploits, those who are concerned for privacy purposes can simply unplug their devices when not in use. In December, researchers projected that within two years, personal assistants will be responsible for over one-fifth of all user interactions that currently take place with smartphones. The amount of Internet traffic being generated by these devices is expected to increase considerably, meaning that the distribution of a user’s voice data will likely be distributed among several devices and manufacturers rather than placed on the servers of only their smartphone manufacturer.

Of course, Amazon’s AWS data privacy policy states that the company does not disclose customer content “unless we're required to do so to comply with the law or a valid and binding order of a governmental or regulatory body”. It also states that Amazon “notifies customers before disclosing customer content so they can seek protection from disclosure”.

Last modified on 13 March 2017
Rate this item
(0 votes)
Tagged under
More in this category: « UK finance industry blighted by poor code Seagate focuses on TDMR, SMR and HAMR for 12TB and higher drives »
back to top