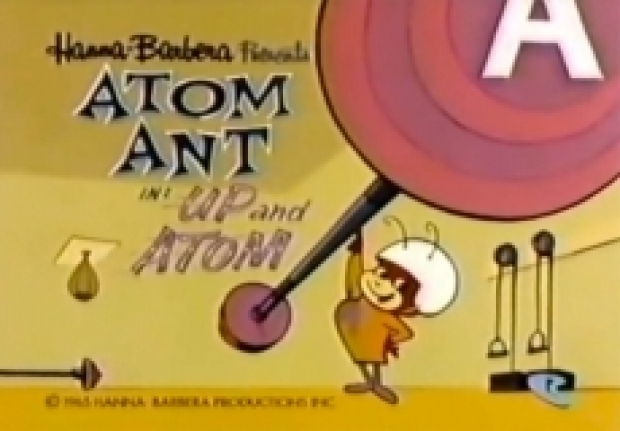 Not an Intel chip - the other type of atom

Big Blue boffins have managed to read and write data to a single atom.

While this has been managed before, a single atomic storage technique did not actually store data in the atom, but just moved them around to form readable patterns.

This means that imbuing individual atoms with a 0 or 1 is the next major step forward and the next major barrier in storing data digitally, both increasing capacity by orders of magnitude and presenting a new challenge to engineers and physicists.

The new method uses a Holmium atom which is large and has lots of unpaired electrons which is placed on a bed of magnesium oxide.

In this configuration, the atom has magnetic bistability and two stable magnetic states with different spins.

IBM used a scanning tunnelling microscope to apply about 150 millivolts at 10 microamps to the atom. This huge influx of electrons causes the Holmium atom to switch its magnetic spin state.

Because the two states have different conductivity profiles, the STM tip can detect which state the atom is in by applying a lower voltage (about 75 millivolts) and sensing its resistance.

The experiment created a lasting, stored magnetic state in a single atom that can be detected indirectly. One atom could be used to store what amounts to a 0 or a 1. The experimenters made two of them and to form the four binary combinations (00,01,10,11) that two such nodes can form.

Not sure what use this would have but it is certainly more productive than stitching an ear onto the back of a mouse.

Last modified on 09 March 2017
Rate this item
(0 votes)
Tagged under
More in this category: « Social media makes you lonely SoftBank gives Saudi Arabia a quarter of ARM »
back to top