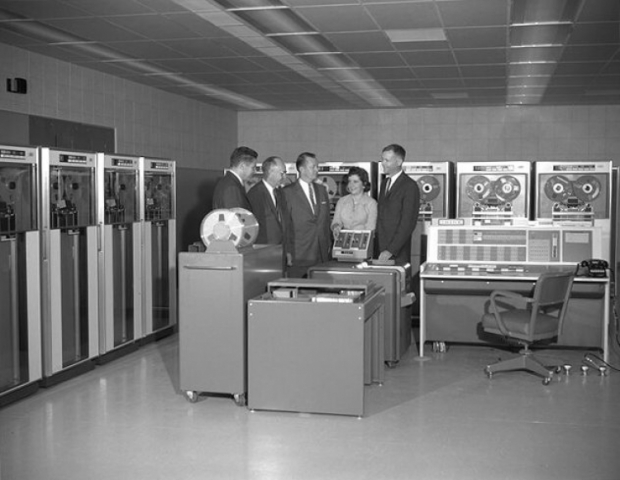 You can't really call it a super-super computer

China plans to develop a prototype exascale computer by the end of the year, which has left the press searching for a word for what it is building.

Some think “super-super computer” is a good name, while we are pumping for super-dooper computer and if they invent a better version we might have to move to describing at as supercalafragalisticexpialadoshus computer.

China wants to win a global race to be the first to build a machine capable of a billion, billion calculations per second.

China currently owns the world's fastest supercomputer, the Sunway TaihuLight which does sound like it should belong to either a heatlamp or a washing machine.

The Sunway used only locally made microchips so it didn’t need US permission – something which might get more difficult now that Donald (Prince of Orange) Trump is in charge.

The new generation of Exascale computers in the (super-dooper class) are even more powerful, and can do one quintillion calculations a second even without a cup of coffee. It is not clear what chips it will use yet.

Though a prototype was in the pipeline, a complete version of such a machine would take a few more years to complete, Xinhua news agency cited Zhang Ting, application engineer at the National Supercomputer Center in the port city of Tianjin, as saying.

"A complete computing system of the exascale supercomputer and its applications can only be expected in 2020, and will be 200 times more powerful than the country's first petaflop computer Tianhe-1, recognised as the world's fastest in 2010," said Zhang.

Last modified on 18 January 2017
Rate this item
(0 votes)
Tagged under
More in this category: « Microsoft makes Windows 10 privacy changes Windows 10 Redstone 2 out in April »
back to top