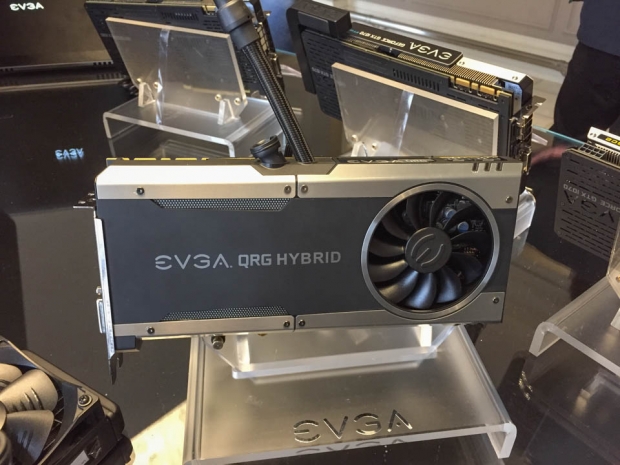 EVGA has been a company that always reserves some of the best suites at CES. This year at the Bellagio Hotel, it showcased the latest product lineup for this year in motherboards, PSUs, notebooks, cases and graphics that included an appealing surprise for some of its top enthusiast and overclocking customers.

In March 2015 after doing some market research, the company decided to launch its first closed loop all-in-one liquid and air cooling system for the Geforce GTX 980, known as the GTX 980 Hybrid. The design represented a direct response to the hybrid liquid and air cooled AMD Radeon 295X2 that debuted in April 2014.

By using separate off-card radiators attached to the GPU heatsink, both EVGA and AMD have been able to split the overall heatsink surfaces into a much larger heat distribution area, allowing them to use quieter 120mm case fans as opposed to smaller fans at higher speeds.

While EVGA’s Hybrid design been successful by selling as dedicated SKUs and as individual upgrade kits, often providing up to 25C temperature improvements over reference designs, the company is now focused on bringing the appeal of modular do-it-yourself kits to its customer base in the form of a new series called QRG.

While many system builders prefer to use custom water blocks and radiator sizes in their closed cooling loops, EVGA’s new QRG modular cooling series uses the same size 3/8-inch tubing on all of its components to ensure that its customers can mix and match different sizes and layouts to meet their individual build needs. The company was using Asetek reference designs when it introduced its original closed-loop Hybrid series two years ago and will be doing the same with its modular closed liquid loop cooler (CLLC) components. 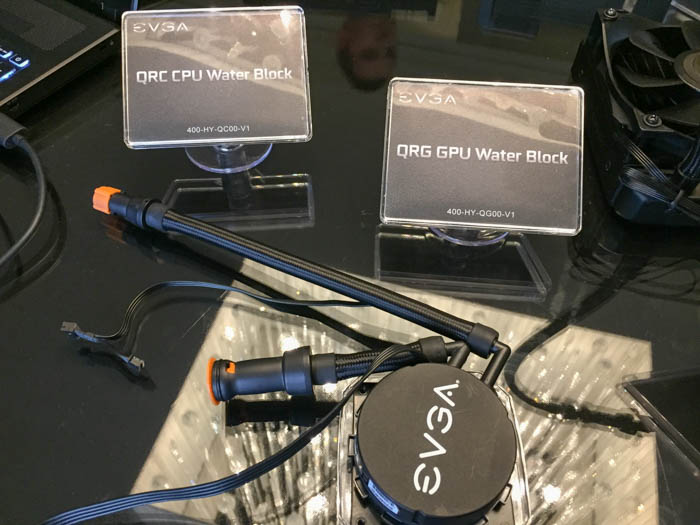 EVGA’s QRG CPU Water Block (400-HY-QC00-V1) and QRG GPU Water Block (400-HY-QG00-V1) were originally shown during CES 2016 inside an early preview of the DG-87 gaming case, each including their own integrated pumps and running in a daisy-chain configuration. The company has now revealed a series of compatible 120mm, 240mm and 360mm QR Radiators that will allow users to remove each individual component in a matter of minutes while the system is running. Each features high airflow fans that will be available separately as accessories. The company also plans to introduce a 280mm closed-loop CPU cooler (400-HY-CL28-V1) to compete with designs from Swiftech, Corsair, NZXT, Cooler Master and ID-Cooling to name a few. 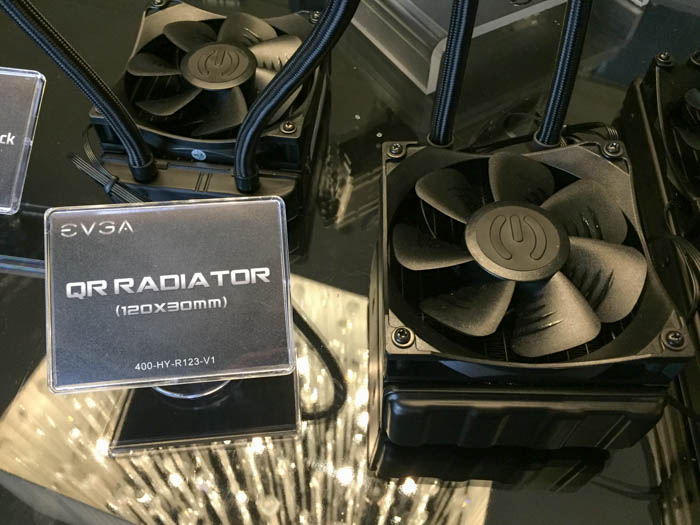 The EVGA QRG modular liquid cooling series is expected to become available sometime in late February, while the existing Hybrid closed-loop series will continue to be sold simultaneously. 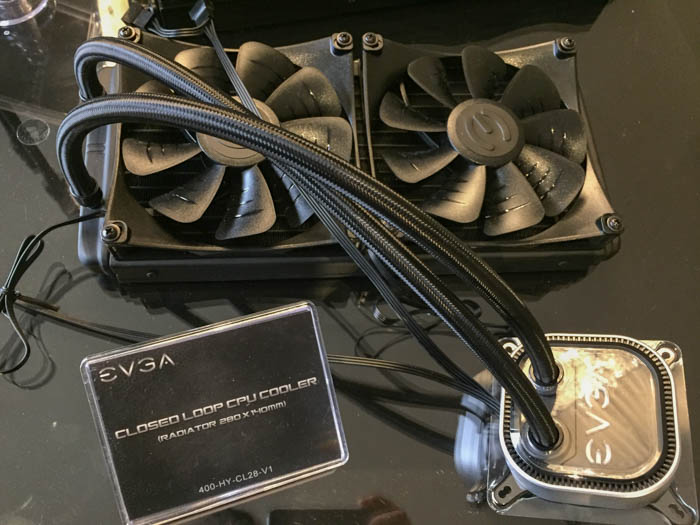 Last modified on 14 January 2017
Rate this item
(0 votes)
Tagged under
More in this category: « Second Nvidia Shield portable shows up in FCC filing TSMC considers building plant in US »
back to top