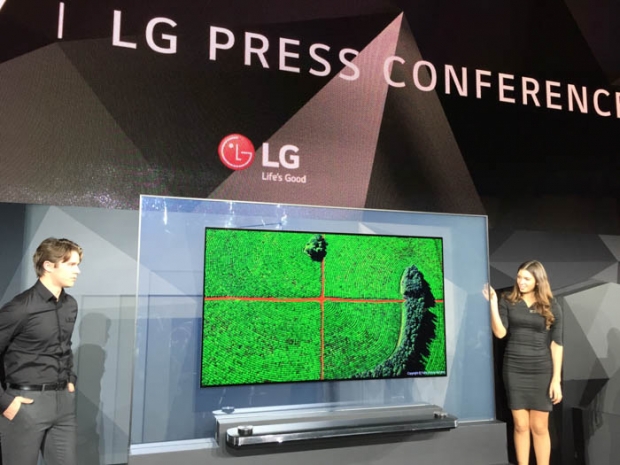 During its annual keynote at the Mandalay Bay Convention Center in Las Vegas, LG announced a new range of Super UHDTVs and a new “revolution” to the television experience it is calling the OLED W series.

In 2017, the company will refresh is premium 4K panel lineup with its new Nano Cell technology, in addition to two new HDR formats, Hybrid Log Gamma (HLG) and Advanced HDR by Technicolor. 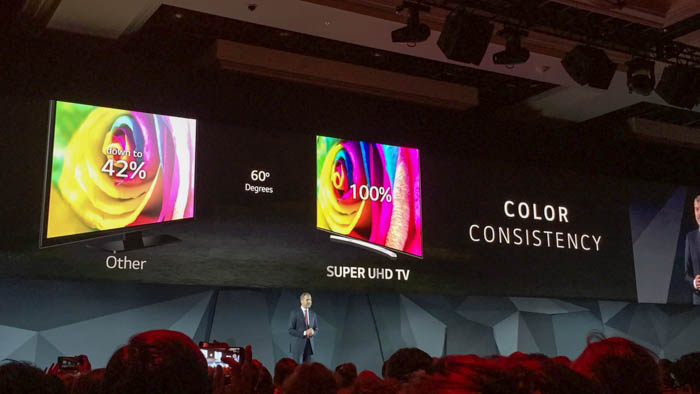 LG’s 1 nano cells are a recent technology that help to absorb surplus wavelengths of light, allowing its panels to recreate more accurate colors  - up to one billion - with over 90 percent of DCI coverage. This has the effect of reducing on-screen glow and color fading when surrounded by ambient light. As a result, its OLED panels will now include 25 percent more peak brightness it claims. 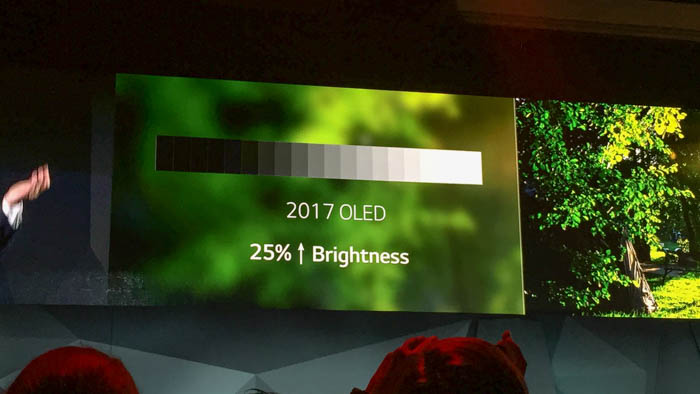 The company has also partnered up with Technicolor this year to improve color accuracy through a new mode on its Super UHD and OLED TV lineups called Technicolor Expert Mode. This will allow for much wider color accuracy when sitting at viewing angles above 60 degrees, it claims.

While its latest IPS panels are devoted to maintaining color consistency, nano cells are expected to improve this even further. 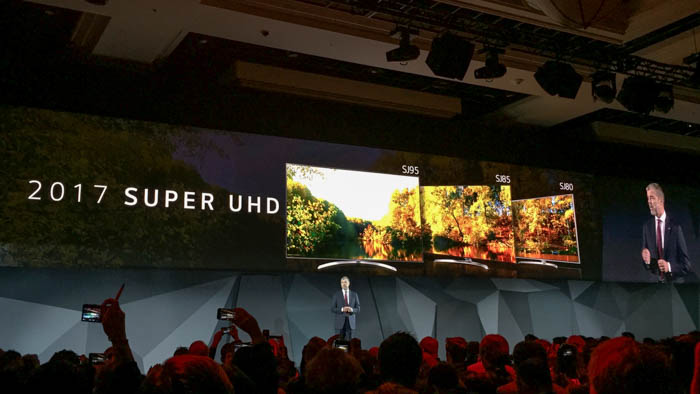 The new panels are called SJ95, SJ85 and SJ80 and will all come equipped with WebOS 3.5, which now features a range of improvements including enhanced remote control functionality, improved Magic Zoom, and 360-degree VR support. 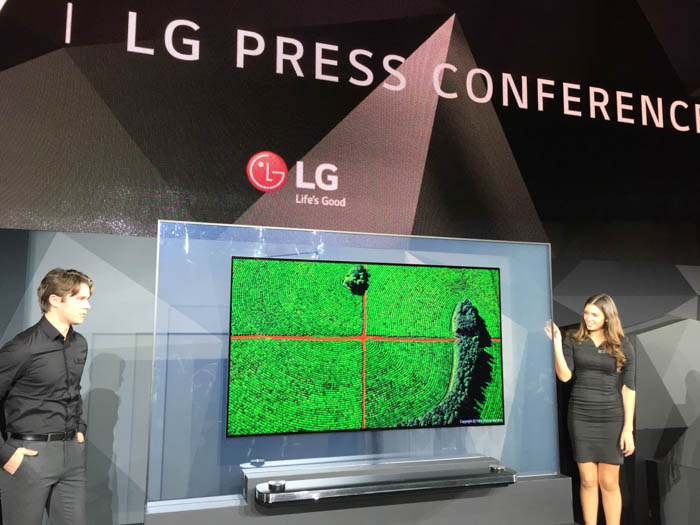 The bigger product reveal this year is a new shift in the OLED industry market with a panel series called LG Signature OLED W. The panels measure just 2.57 millimeters thin and are able to attach directly to a wall with 4mm magnetic brackets, giving the appearance of levitation.

LG says this design is expected to draw more "immersion" to the "viewing experience". 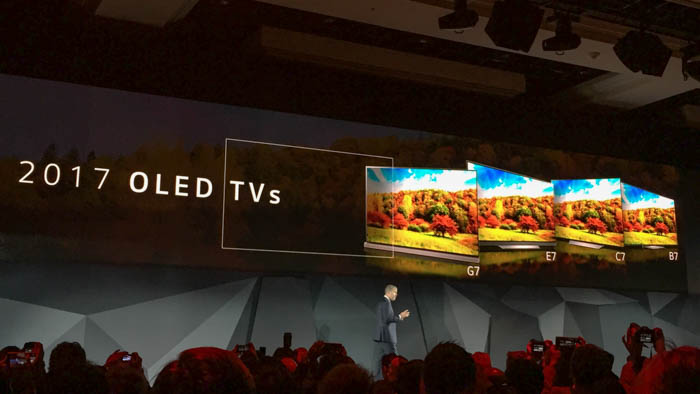 The flagship models include the 77-inch and 65-inch W7 and G7, followed by the 65-inch and 55-inch E7, C7 and B7. Pricing and release dates have not been announced yet.

Last modified on 04 January 2017
Rate this item
(0 votes)
Tagged under
More in this category: « Intel releases vPro Kaby Lakes Lenovo unveils its own VR headset at CES 2017 »
back to top