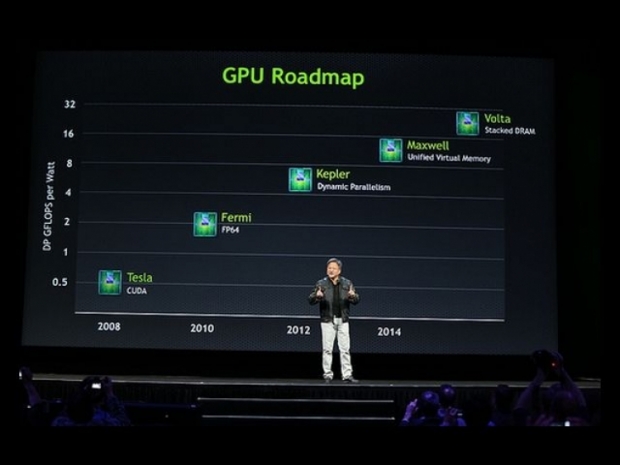 Beginning of a new error

Today will be a big day at CES but instead of the traditional keynote speaker from Intel or Microsoft, the event is going to be kicked off by the understated CEO of Nvidia CEO Jen-Hsun Huang.

International Consumer Electronics Show is traditionally kicked off by a speech from Vole or Chipzilla but this time the top slot will be taken by Huang. Some of this appears to be the downplaying of the PC, but it appears that the change is because the organisers are more interested in intelligent cars.

Nvidia was one of the first chipset suppliers that spied new opportunities in the car market and was busy reshaping its GPUs as early as 2014 when everybody was just talking about automotive, artificial intelligence, virtual reality.

Last year Nvidia's stock price soared nearly 230 percent in 2016, and the firm took in $1.2 billion in net income during its most recently reported 12 months, double the total of the previous period.

Some of that was because its main rival AMD was taking a snooze, but a lot of it was because of Huang’s moves to put his chips in cars and supercomputing. Nvidia's Tesla line of chips targets the builders of the data centres that power artificial intelligence applications. The company is also marketing a package that executives say is the only off-the-shelf hardware and software platform for builders of self-driving cars available today.

Some think that Nvidia's place in the keynote slot the evening before the opening of the CES show floor marks a changing of the guard at the event.

To be fair, Microsoft have not really done a speech at the event since 2012. The shy and retired Steve Ballmer was replaced by chipmakers Qualcomm and Intel.

But giving Nvidia the job shows how important these new technologies are and how advanced the smaller players, such as Nvidia, are over the likes of Intel.

Jeff Herbst, a vice president of business development at Nvidia, says the company a decade ago couldn't have predicted that its future would lie in areas like artificial intelligence.

"But did we know that high-performance computing and parallel processing were going to be important? Yes, we did," he said. "All the investments we made in the last 20-something years are starting to pay off."