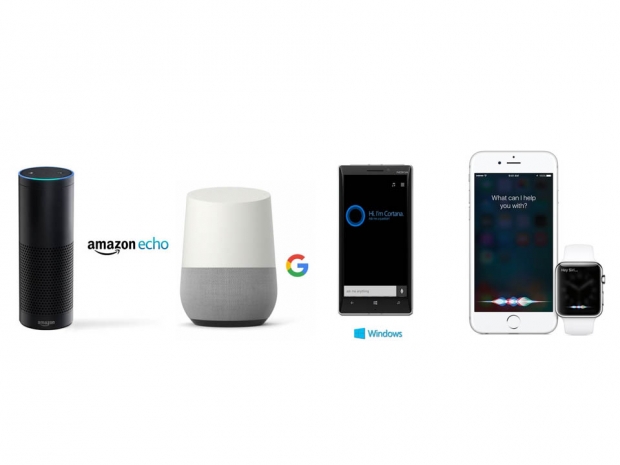 While virtual reality has been expected to become the “next big theme” of the technology sector for the past year and a half, a new report from Piper Jaffray is now cutting shipment estimates by 65 percent for 2016, down to 2.2 million units. As a result, the virtual home assistant category is now expected to bring in higher shipments estimated at 10 to 12 million, according to Oppenheimer analyst Andrew Uerkwitz. “Personal assistants are going to blow VR out of the water,” he said.

The market for wearable devices including smart watches and fitness trackers is currently the leading contender next to virtual assistants, as the Consumer Technology Association estimates that 12.6 million devices will be sold over the holidays, due in part to the Apple Watch shipping close to 5.5 million units.

Another more low-key category on the list this year will be drone shipments, though the industry expects them to be around 1.2 million units, according to the CTA. This is still twice the number of units sold in 2015, though experts say the devices are currently still in a niche market.

Earlier this spring, several Silicon Valley companies including Apple, Google, Microsoft and Facebook invited developers to build bots and find a way to improve upon their core virtual assistant technologies. This includes automotive, home, smartphone and office environments, but the main idea was to scale out the number of commands that can be offered by each assistant during a voice chat.

Amazon is allowing its Alexa SDK to be integrated not only inside its own Echo devices, but also in wheelchairs, home robots and even a can of pringles. Microsoft is allowing third parties to use its Cortana Skills Kit to develop more commands for its own virtual assistant. Facebook is using an intelligent assistant bot in its Messenger API called M suggestions, which will now offer replies based on the topic of conversation. Meanwhile, Google has recently launched Actions for Google Home to give developers a shot at adding more features to its assistant devices, with plans to release a full SDK sometime next year.

A report last week from research firm Canalys puts the number of virtual reality headset shipments at 2 million units so far. However, the number excludes headsets without displays including Google’s Daydream View and Samsung’s Gear VR, which require smartphones to be attached for operation. The report also estimates that PlayStation VR shipments will reach 800,000, HTC Vive shipments will reach 500,000, and the Oculus Rift will hit 400,000.

The numbers are much more conservative than a previous estimate from industry sources published just a few weeks ago, which predicted the PlayStation VR reaching 1.5 million units, the HTC Vive at 650,000 units, and the Oculus Rift at 450,000 units.

Two weeks ago during the VRX conference in San Francisco, Nvidia General Manager Zvi Greenstein confirmed that system manufacturers have shipped 15 million VR-ready PCs equipped with Geforce graphics cards to date. He estimates that the number of Geforce-equipped VR systems is expected to rise to 30 million by the end of next year. This is only one fraction of the larger pie chart, however, as AMD has yet to give statistics on shipments of Radeon-equipped VR-ready PCs.

Last modified on 19 December 2016
Rate this item
(0 votes)
Tagged under
More in this category: « Sony considers merging gaming and film divisions Samsung might copy Apple’s dumb pricing »
back to top