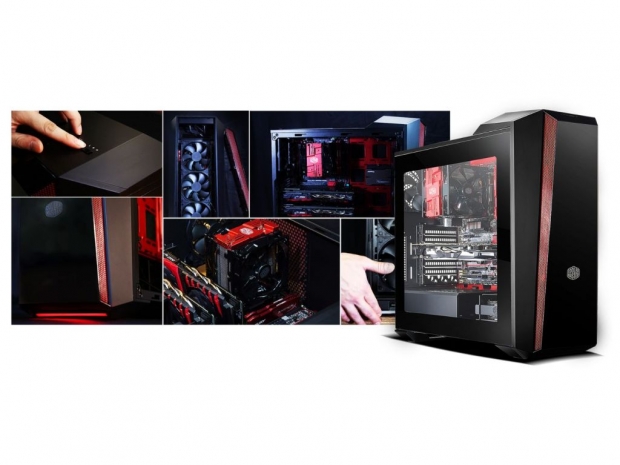 In addition to the earlier announced MasterCase Maker 5t PC case, which is a high-end PC case aimed at enthusiast and high-end gamers, Cooler Master has also unveiled a more budget-oriented MasterBox 5t PC case which is based on the earlier available MasterBox 5 PC case.

Featuring the same internal layout as the original MasterBox 5, the MasterBox 5t has an updated dual-tone red and black finish seen on the new MasterCase Maker 5t as well as red LEDs at the front, PSU shroud, new control panel with fan speed controller, top handle and an improved airflow design.

Specification-wise, the new Cooler Master MasterBox 5t measures at 220x541x514mm and weighs 7.7kg, which is not half bad for a steel and plastic PC case. It supports ATX, micro-ATX and mini-ITX motherboards, up to 167mm tall CPU coolers and up to 410mm long graphics cards, and has enough room for two 3.5-inch and single 2.5-inch HDD/SSD.

According to Cooler Master, the new MasterBox 5t PC case should be available in Europe as of this month with a suggested retail price of €89. 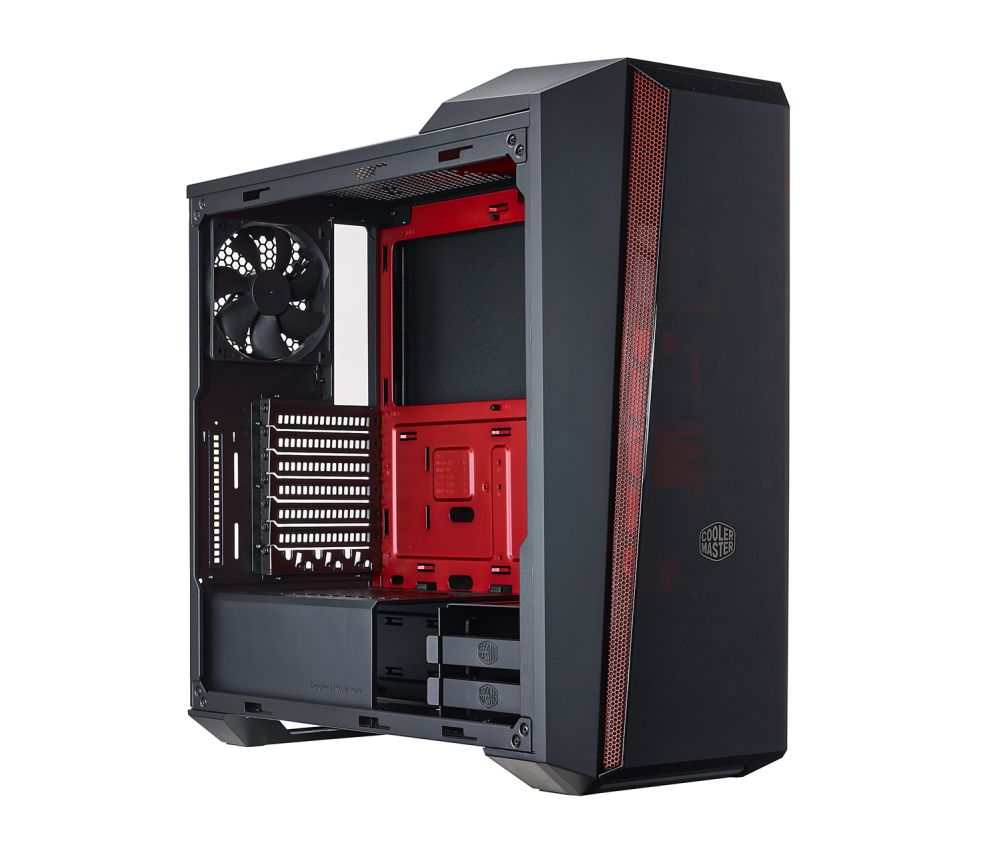 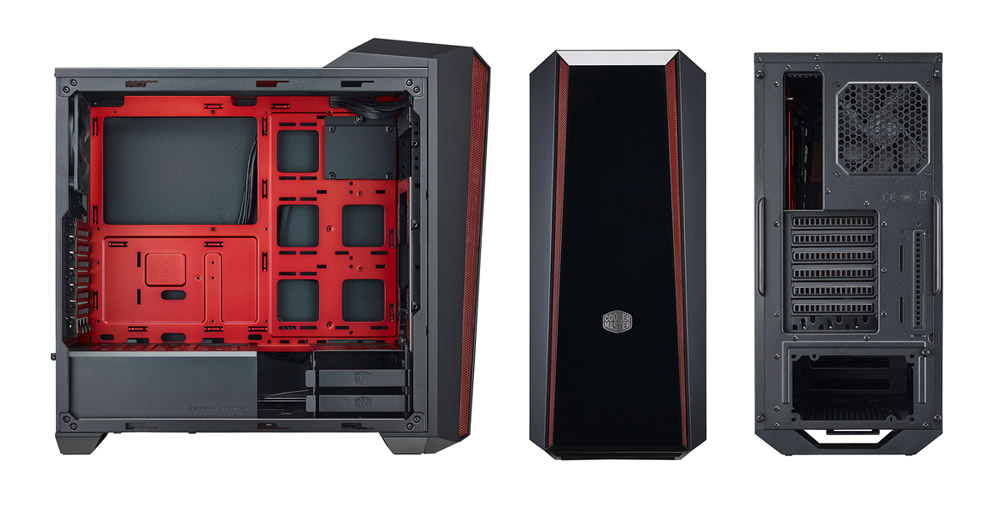