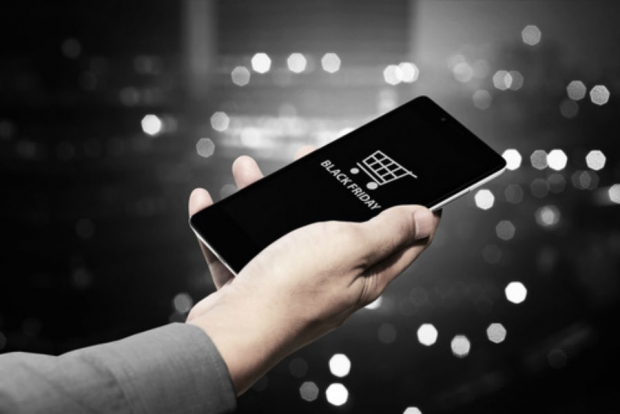 Online sales during Black Friday, the busiest shopping day in November and often the entire year, reached $3.34 billion in the United States by the day’s close, surpassing $3 billion in e-commerce transactions for the very first time.

According to the latest report from Adobe Digital Index, online spending in the US on Wednesday reached $1.57 billion, up 19 percent from last year, while reaching $1.93 billion by the end of Thanksgiving Day, up 11.5 percent from last year. By midnight on Friday, sales increased 22 percent from the same day last year while the number of online customers largely outpaced in-store customer foot traffic.

Meanwhile, in-store shopping is expected to fall three to four percent for Black Friday, once final numbers are published, according to analysts at Cowen and Co., though this number will be offset by a 20 percent increase in online customer traffic.

Amazon took the online lead this year by offering an average discount of 42 percent off select items, followed by Best Buy at 36 percent, Target at 35 percent, and Walmart at 33 percent, according to Clavis Insight. Meanwhile, Macy’s Inc. experienced several glitches with its website due to heavy traffic and had to delay customers from accessing the site at three different times.

Fueling the upswing in consumer confidence in the US is an estimated 4.9 percent unemployment rate for October, its lowest point for that month in nearly eight years since the recession. Hourly wages have also increased 2.8 percent for the year for all employees on private non-farm payrolls, the most since mid-2009. In the UK, unemployment recently fell to 4.8 percent in September, hitting an 11-year low.

Due to the upswing in online shopping, The National Retail Federation now expects total holiday sale spending in 2016 to increase 3.6 percent to $655.8 billion. The latest Gallup poll also expects that Americans will spend $785 on Christmas gifts this year, similar to previous years but still lower than the $900 average before the recession. Shopping data for Black Friday is expected to be released this weekend.

Mobile devices made at least 56 percent of online visits

Adobe’s index also notes that web traffic from mobile devices accounted for the majority of online site visits Friday at 56 percent, with other estimates around 60 percent. The index says 47 percent of all site visits were made from smartphones, while 9 percent were made from tablets.

Some customers at retail outlets have noticed that morning sales have not been as busy as they were just a couple of years ago, as shoppers increasingly become aware that they can get the same deals in-store and online.

"It used to be very busy, but for the past two years the mornings are not very crazy," Gina Reynolds, a 39-year-old housewife shopping at a Macy's store in Chicago, told Reuters.

“Years ago, you couldn’t even get a basket,” Phyllis Mills, a 60-year old West Covina resident, told the LA Times. “People were mean.”

While consumers continue to be dealfocused throughout the weekend, Charlie O’Shea, lead retail analyst at Moody’s Investors Service, notes that the two Saturdays before Christmas will also be “big days” for retailers.

Last modified on 28 November 2016
Rate this item
(2 votes)
Tagged under
More in this category: « Japan plans to build the world's largest super computer Panasonic developing tech to protect pedestrians »
back to top