All electric cars required to be noisy soon 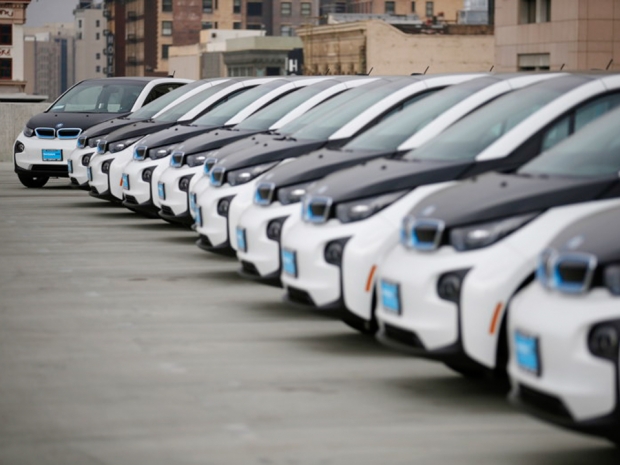 Beginning in the year 2019, all newly manufactured hybrid and light-duty electric cars will be required to make noise when they are traveling at low speeds so pedestrians can better hear and avoid them. That's in the United States.

The change of rules comes from the US National Highway Traffic Safety Administration, which announced on Monday for a second time that it will require the audible alert when traveling at speeds below 18.6 miles per hour (29.9km/h) to help prevent roughly 2,400 pedestrian injuries per year. The requirement will apply to all hybrid and “electric light vehicles with four wheels” and a “gross vehicle weight rating of 10,000 pounds or less.”

The requirement was originally required by the Pedestrian Safety Enhancement Act of 2010, and was proposed by the NHTSA to the public in early 2013 to be ratified the following year, but was ultimately delayed until March 2016. Now, it has been delayed another three years to allow all hybrid and fully-electric vehicle manufacturers to comply with the standards.

Automakers to install external waterproof speakers in EVs and HEVs

Manufacturers of these vehicles now have until September 1, 2019 to meet the requirement, which means that any consumer who buys a hybrid or light-duty EV after this date will be sacrificing the fascinating whisper-quiet sensation of operating a hybrid or all-electric vehicle at lower speeds in order to ensure pedestrian safety and compliance with a five-year delayed mandate. For most companies, this will be done by installing small, external waterproof speakers somewhere outside of each vehicle at an estimated cost of around $23 million in the first year.

Back in 2009 and 2011, the NHTSA published two studies showing the incidence rates of pedestrian and bicyclist crashes between hybrid electric vehicles (HEVs) and internal combustion engine (ICE) vehicles. While the tests were done in a variety of road and weather conditions, the charts show that crashes in both types of cars mostly occur in zones with low speed limits, while they are twice as likely to occur among HEVs when backing up, slowing or stopping, or entering and leaving parking spaces.

The first report shows the number of pedestrian crashes at potential low-speed maneuvers between the two types of engine types, given a sample size of 91,457 cars (1,454 HEVs and 90,003 ICE vehicles). Based on the results, HEVs accounted for 1.2 percent of all low-speed crashes while regular gas-powered cars accounted for 0.6 percent.

The second report is an update on the first one and shows the typical odds for hybrid electric versus internal combustion engine crashes involving pedestrians and bicyclists. Based on a case-control study combining about 1.03 million HEVs and traditional cars, the chart shows the pedestrian crash rate for HEVs at 0.77 percent, while gas-powered cars were at 0.57 percent. Meanwhile, the bicyclist crash rate for HEVs was 0.48 percent while gas-powered cars were at 0.30 percent.

"This is a common-sense tool to help pedestrians — especially folks who are blind or have low vision — make their way safely," said NHTSA Administrator Dr. Mark Rosekind. "With pedestrian fatalities on the rise, it is vitally important we take every action to protect the most vulnerable road users."

The studies are not new, and Honda was aware of the concern as early as 1994 when it filed a patent for a simulated EV noise generator to let drivers and nearby pedestrians know the operating conditions of a vehicle.

Of course, not all manufacturers have been willing to comply and “some OEMs aren't doing anything until they know what the federal law says," says Chris Duke, host of auto improvement show Motorz. Ford is one of several carmakers not yet adding warning sounds to its EVs and plug-in hybrids, including its “deep space silent” Focus Electric.

Another example is Tesla. In its March 2011 earnings report, the company acknowledged the NHTSA’s minimum standards but said the requirement to alter the design of its vehicles could “negatively impact consumer interest in [its] vehicles.” While current Model S and Model X sedans still do not emit noise at low speeds, some customers have already signaled interest in having them available for the safety of nearby pedestrians.

Of course, when driving at speeds above 35 miles per hour, wind and tire noise are more likely to be louder to nearby pedestrians and bicyclists than engine noise, so the real concern here is low-speed maneuvers. At any rate, the importance of small audible details should become more noticeable to consumers as self-driving vehicles begin emerging onto the market over the next few years.

Last modified on 16 November 2016
Rate this item
(5 votes)
Tagged under
More in this category: « MSI reports strong Q3 earnings China grabs Trump by the Apples »
back to top