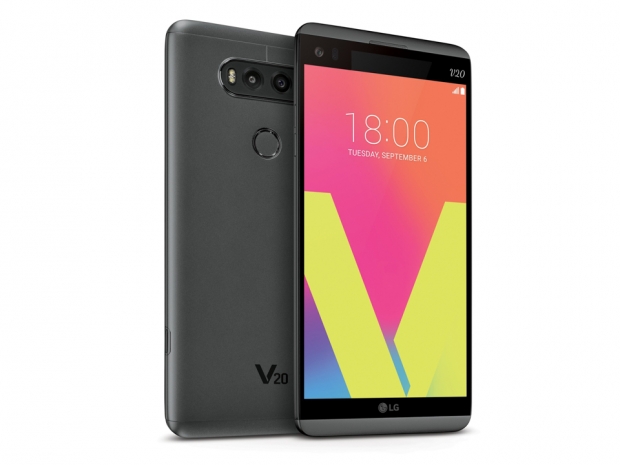 LG recently said that its upcoming V20 smartphone is the world’s first “native Android 7 device,” but it appears the company may also have another first-to-market feature for the  device in terms of LTE spectrum support.

According to filings from the FCC Office of Engineering and Technology, the LG V20 will be the first consumer device to support LTE Band 66. This range of spectra include the AWS-1, AWS-3 and AWS-4 frequencies. The top three wireless carriers in the US currently support AWS-1 on band 4, while AWS-4 is currently owned by Dish Network for downlink operations. More broadly, however, AWS-3 is an upcoming supplemental frequency range that will be rolled out over the next two years.

Verizon, AT&T, T-Mobile, Dish Network and seven others were all granted rights by the FCC to AWS-3 spectrum back in April 2015, but none of the top wireless networks have deployed it just yet. Last month, T-Mobile’s Investor Relations department signaled that the network plans to begin deploying AWS-3 later this year, ahead of AT&T and Verizon.

For the most part, AT&T claims it should have a “near nationwide contiguous 10x10MHz block of high-quality AWS-3” covering 96 percent of the US population. The company will begin deploying the spectrum late next year, but not in significant volumes until 2018. It intends to use the spectrum as supplemental downlink and uplink bandwidth and expects most AWS-3 capable devices to launch in 2017 and 2018 as well.

And Verizon says its AWS spectrum now covers 95 percent of the US population. The company will also begin deploying AWS-3 in 2017, but may not have significant coverage volumes until 2018.

Last modified on 20 September 2016
Rate this item
(3 votes)
Tagged under
More in this category: « Japan to spend a billion on artificial intelligence Logitech shows off more G213 Prodigy RGB details »
back to top