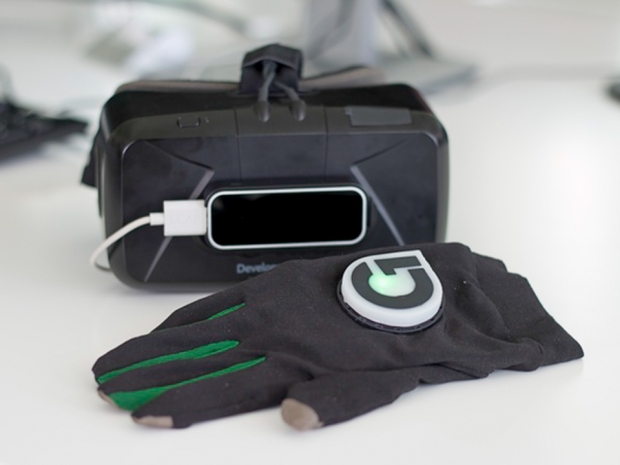 Earlier in January, we wrote that some startups were preparing to launch haptic VR gloves to offer a much more natural alternative controller interface for head-mounted displays than the traditional units currently offered by Oculus, HTC, Sony, Samsung, Razer and others. 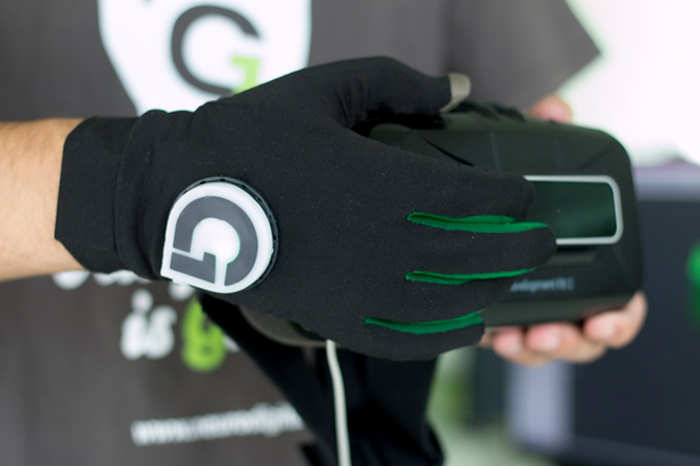 GloveOne haptic gloves with 10 actuators along the palms and fingertips

Our biggest criticism of current virtual reality (VR) environments is the lack of pinpoint precision when it comes to grasping and applying rotational movements to objects. In the alpha version of the upcoming Star Trek VR game on the Oculus Rift, for example, we had a difficult time selecting 3D objects on the starship’s command console display. We would often find ourselves digging the Rift controllers through the console display panel by a few centimeters in order to deactivate shields or select enemy targets. These controller misalignments often detracted from the immersive VR experience of the game, and many VR users have felt similar frustrations even after several wand recalibration attempts.

GloveOne allows the experience of virtual object “touch” and “weight” 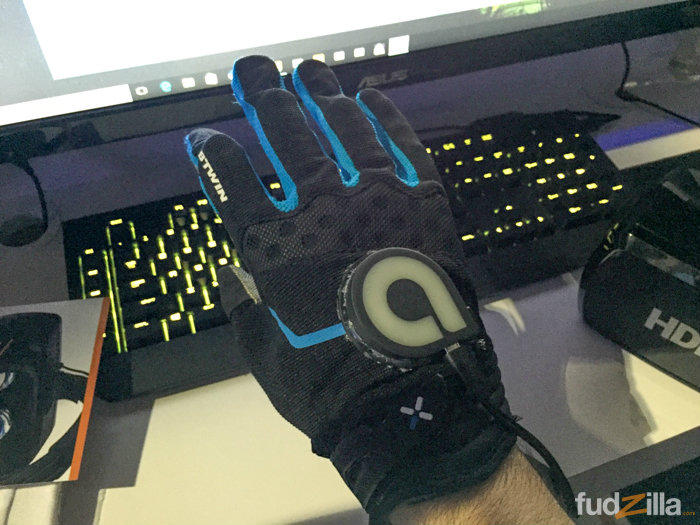 GloveOne is the name of a product by NeuroDigital Technologies that allows PC users to put on haptic gloves and navigate VR space by tracking finger and hand motions. While the concept is not new, the gloves do offer the ability to experience a virtual object’s physical “weight” by producing haptic sensations through vibrations. For example, to simulate the feel of a ball, the gloves combine the vertical movement of the hand along with the required force. Of course, objects experienced in the virtual environment will not feel the same as those in real life, but the perceptual illusion still combines mass, acceleration and displacement using haptic vibrations combined with the visual sensation of the object being placed in your hand. 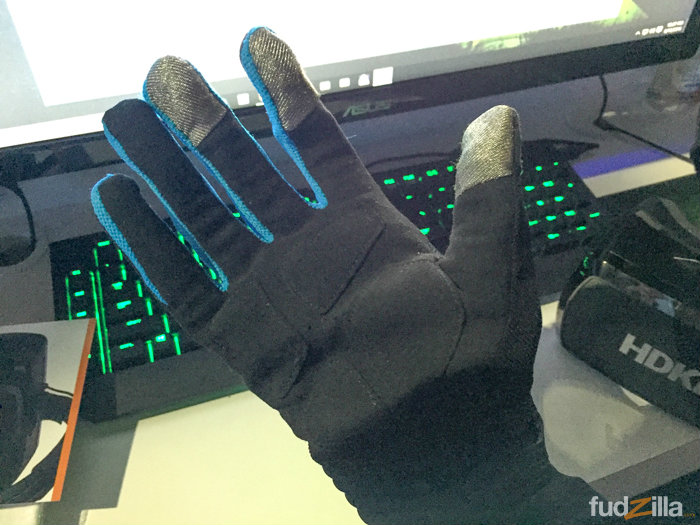 GloveOne launched as a KickStarter project in June 2015 and receive just over 150,000 backers over a one-year campaign leading up to the E3 2016 showcase at Razer’s booth.

"Gloveone enables users to feel and touch any virtual object that they can see on the screen or in their VR headsets. If a virtual apple is shown on the screen, with Gloveone, you will be able to feel its shape or weight, sense all of its physical features, and even smash it!" says the company’s Kickstarter page.

As many have seen, Sony filed a patent for a glove controller interface in February 2016 for its upcoming PlayStation VR unit, scheduled for release on October 13th. The company’s patent makes note of “flex sensors, pressure sensors, biometric sensors, contact switches and an index thumb pad,” but there is no indicated whether Sony’s gloves will support tactile feedback. 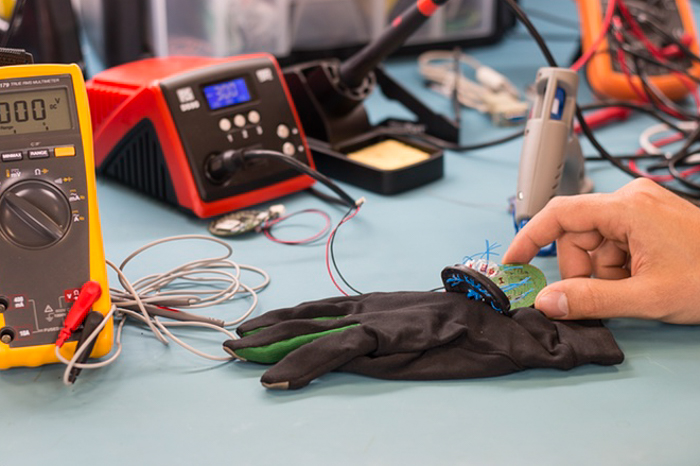 Unfortunately, the GloveOne SDK is only compatible with the Unity game engine for now. On its FAQ page, the company says that Unreal Engine will be the next one to gain full support with assets, documentation and exampes.

We waited in a 25-minute line to try out the gloves at Razer’s E3 booth, but as soon as we got to the demo station Razer’s staff told us that it had stopped operating correctly. We asked if we could ask some questions to the developers, but Razer told us that they had already left on a flight back to Spain just a few hours beforehand. 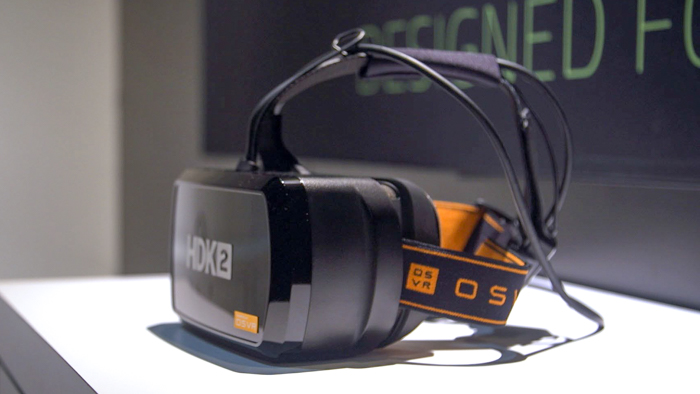 For Kickstarter earlybirds (which has ended), the lowest price for a pair of GloveOne units was $170 for a December 2015 delivery, followed by $199 for a February 2016 delivery. Now that the pre-sale period has ended, the company has not publicly announced retail availability just yet but says the gloves will be available soon for $199, so we will reach out for more information.

Last modified on 18 June 2016
Rate this item
(1 Vote)
Tagged under
More in this category: « Google nicked our looney idea LG builds a mosquito fighting telly »
back to top