University shooting was over code 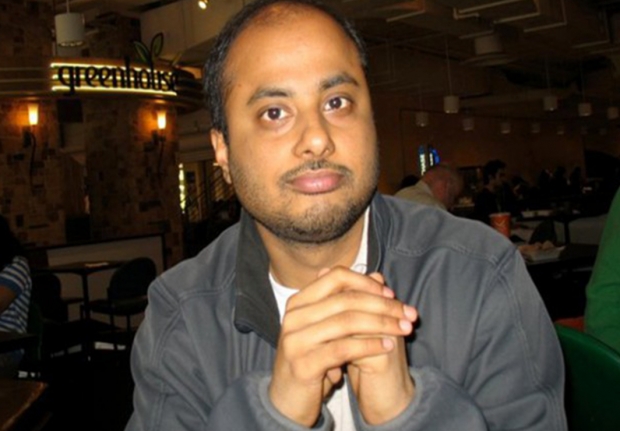 The man who fatally shot a UCLA professor in his office before turning the gun on himself was a developer who thought his teacher had nicked his code.

Wednesday’s shooting was carried out by Mainak Sarkar. He was a former doctoral student who had once called his victim William Klug a "mentor" but in recent months he had written angry screeds accusing him of stealing his computer code.

CBS News reports that he used a 9mm semi-automatic pistol, which was found at the scene along with a note. Sarkar had no apparent criminal history.

Coppers thought that the gunman had targeted the 39-year-old Klug over grades, but it is pretty clear if you look at Sarkar's academic and career timeline as well as his postings on social media it was about code.

According to his friends, Klug bent over backwards to help Sarkar on his dissertation and to graduate, even though Sarkar's work wasn't always high-quality. But Sarkar later accused Klug of stealing his code to give to another student something Klug’s friends thought was “absolutely psychotic."

However Sarkar clearly believed it. He wrote on a blog:

“William Klug, UCLA professor is not the kind of person when you think of a professor. He is a very sick person. I urge every new student coming to UCLA to stay away from this guy. [...] My name is Mainak Sarkar. I was this guy’s PhD student. We had personal differences. He cleverly stole all my code and gave it another student. He made me really sick. Your enemy is your enemy. But your friend can do a lot more harm. Be careful about whom you trust. Stay away from this sick guy.”

Of course that might explain the motive for killing Klug but that does not explain why Sarkar also killed his wife and why he apparently also wanted to kill another university professor who was fortunately not in the building at the time.

Support for Klug is high. He was a pillar of the community, a father of two, Little League coach, a surfer, a devout Christian, a brilliant academic and a "gentle soul" according to the press. He was remembered as a kind and patient professor, which makes the fact he was targeted by an angry student strange.

Last modified on 03 June 2016
Rate this item
(4 votes)
Tagged under
More in this category: « Apple Pay is the Apple III of finance Seasonic announces new Prime power supply series »
back to top