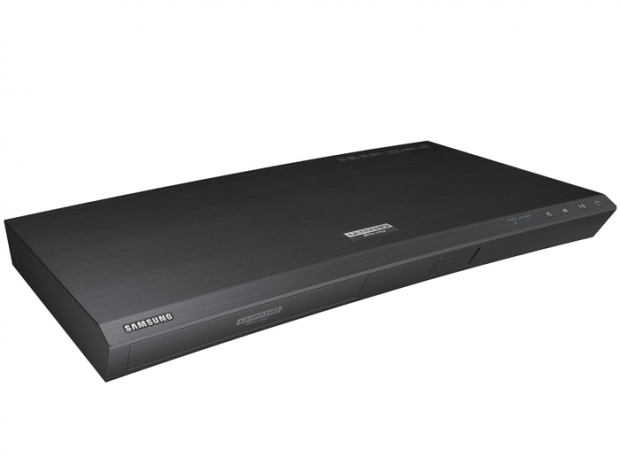 Mid-February if you pre-order for $100 below launch price 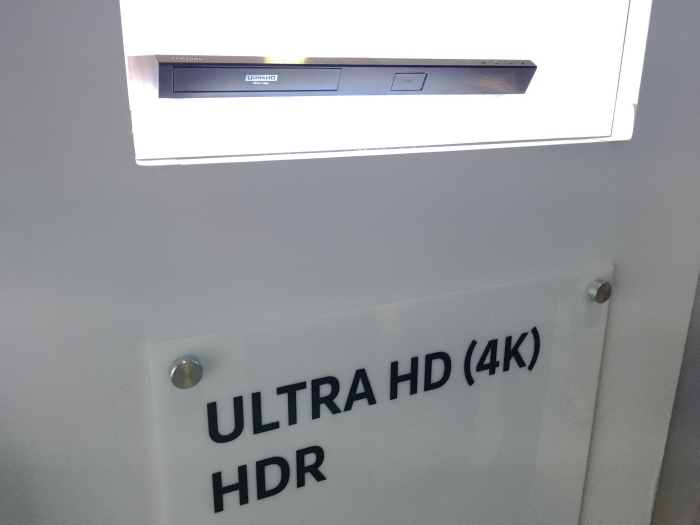 New York City-based Internet retail giant B&H Photo Video has recently put up a pre-order page for the UBD-K8500 with an early bird price matching Samsung’s own website at $399. The big difference, however, is that B&H expects to have stock as early as February 15th. This is at least two to four weeks ahead of Samsung, Best Buy and Fry’s Electronics.

Audio enthusiast Internet store Crutchfield is also offering a $399 pre-order and expects to have stock as early as February 17th. 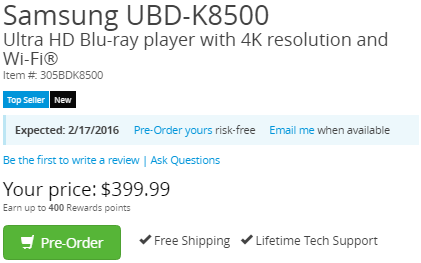 As of the beginning of 2016, there are only three initial 4K Ultra HD Blu-ray disc players to choose from. They include the Samsung UBD-K8500, the Panasonic DMP-UB900 (also available to pre-order for $399 but will cost significantly more), and the Philips BDP7501, launching this Spring with an estimated price “under $400.”

As we wrote on Friday, MediaTek’s octa-core MT8581 will be the SoC of choice to power all three initial Ultra HD Blu-ray players. This SoC will give all three players support for 4K HEVC, 4K H.264 and 4K VP9 decoding at 3840x2160p and also MPEG-2, VP8 and VC-1 decoding at 1920x1080p for legacy video content. All three players also support High Dynamic Range (HDR) and the Rec.2020 wide color gamut space.

Samsung, Panasonic and Philips are all releasing some outstanding units, but Panasonic’s DMP-UB900 is probably the most premium contender as it also has the THX Certification logo, “Twin HDMI output” (one for video and one for audio, to separate any possible unwanted noise), and a high-resolution 192KHz/32-bit audio DAC.

If you want a 4K Ultra HD Blu-ray player as soon as possible with HDR support and an HDMI 2.0a output port, then Samsung’s UBD-K8500 with $399 pre-order is a solid choice. We suggest hopping on the pre-order price before it spikes up to $499 MSRP after all reservations have been filled. 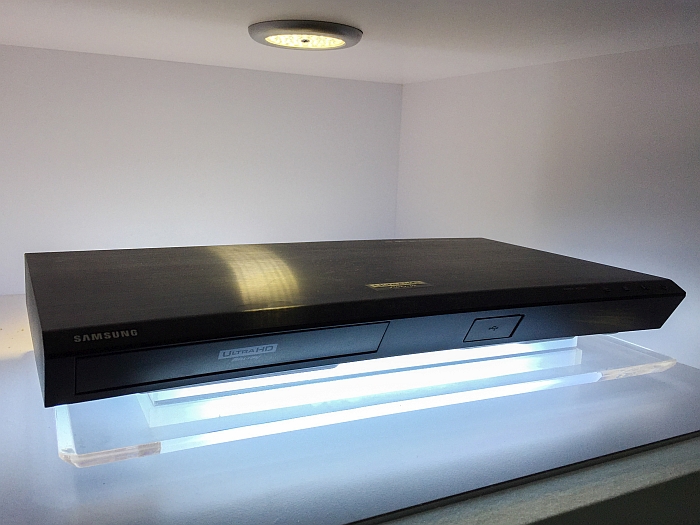