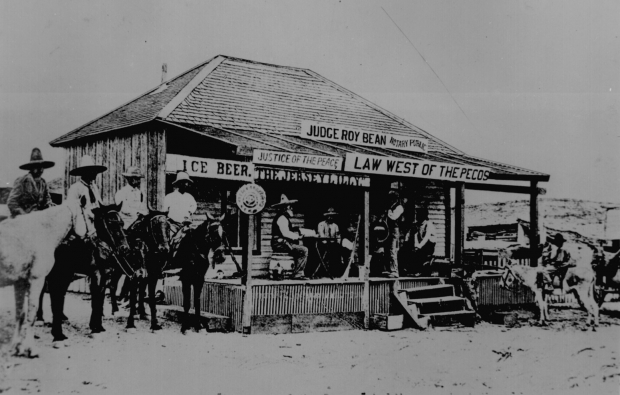 In a cunning plan to defeat patent and copyright trolls, the EFF is trying to get the use of East Texas courts banned for those sorts of cases.

Patent and copyright trolls often try and get their cases sent to East Texas courts because the jury’s there tend to lack opposable thumbs and favour plaintiffs in the mistaken belief that they are the “good guys.”

Now the Electronic Frontier Foundation (EFF) and Public Knowledge have asked a federal appeals court to make big changes to the rules about the venue  of patent cases. The two public interest groups are seeking to file an amicus brief which attacks the Eastern District of Texas as being one of the "most notorious situations of forum shopping in recent history."

An opportunity came up in a case where an Indiana company called TC Heartland was sued by Kraft Foods for infringing three Kraft patents on "liquid water enhancers." Kraft sued TC Heartland in Delaware; TC Heartland asked the judge for a transfer to Indiana, but was shot down.

TC Heartland has appealed the venue decision to the US Court of Appeals for the Federal Circuit, which handles all patent appeals. It's asking the court to overturn entirely a 1990 case that has made it easy for patent holders to sue in just about any district they choose.

Now while this situation has nothing to do with East Texas, or trolls generally, the EFF and Public Knowledge are hoping to add their voices to the case.

The EFF/PK brief cites recent data from LexMachina that shows two Eastern District federal judges, Rodney Gilstrap and Robert Schroeder, handle nearly one in four patent cases nationwide. In the first half of this year, the district received 44 percent of all new patent cases.

Patent laws say cases can be brought only "in the judicial district where the defendant resides," or where the defendant has committed infringement and has a "regular place of business."
While general venue laws have been relaxed, the EFF argues that patent venue law shouldn't automatically follow that trend.

The EFF/PK wants the Federal Circuit to reconsider VE Holding, which they say has created an "absurd situation" of forum-shopping.

"Small companies, innovators, and end users are the ones least able to travel to a distant forum and learn the procedures of a new jurisdiction. They are thus the ones most likely to succumb to undue settlement pressure made only greater by the ability of patent owners to forum shop."

The brief highlights the case of Eclipse IP, which filed more than 100 lawsuits in the Central District of California and then shifted most of its litigation to East Texas within the last year. When a defendant moved to dismiss one of the Eastern District of Texas cases, Eclipse moved to strike it, saying it hadn't followed the local rules. Eclipse's motion was denied, but the defendant's motion "has remained pending for months—time enough for five defendants to settle.

Last modified on 02 November 2015
Rate this item
(5 votes)
Tagged under
More in this category: « UK government wants police to view internet history Amazon purges itself of Apple »
back to top