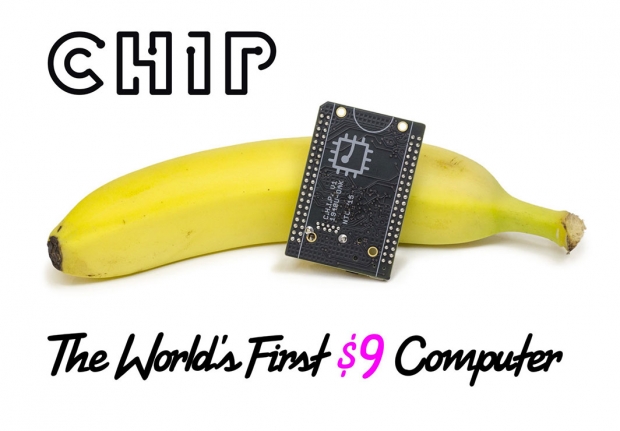 The Chip PC was crowdfunded through a Kickstarter campaign that raised more than $2 million, many times the $50,000 goal that the computer's developers wanted.

Now the first devices had shipped to some of the project's supporters.

Of course, you are going to need a few add-ons to get it working. Monitor, peripherals but it is still not bad for $9.

The Chip PC is an open hardware device, which will make it that much more attractive to Linux and open source fans, particularly those who see Richard Stallman as a messiah.

It should prove great for the Linux hobbyist crowd who now have something other than the Raspberry Pi in which to create their homemade water-bombs as part of their cunning plan to bring about a revolution of Linux to the desktop.

Chip PC developers have ambitious commercial goals in mind, too. They are already soliciting resellers and partners through their website.

They are touting its cost savings and "unparalleled" security features and low power consumption. You'll have to wait to buy it until early next year, when the Chip PC is scheduled to become generally available.

Last modified on 29 September 2015
Rate this item
(7 votes)
Tagged under
More in this category: « FTC will not let Google be What Tim Cook did not mention in "record sales" claim »
back to top