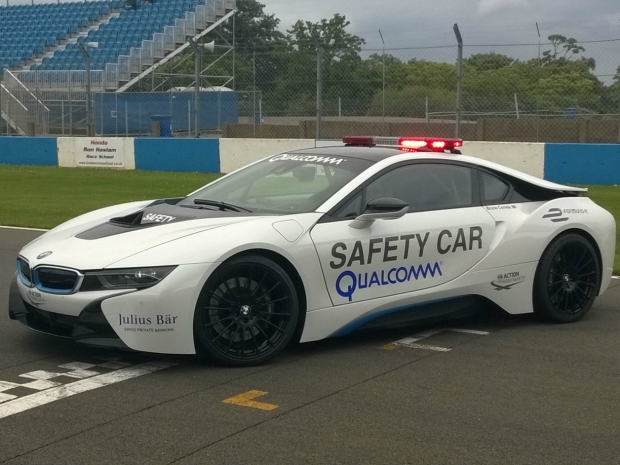 For those not in the know, the Formula E Championship is for electric cars, and they are no longer the milk floats that English people get stuck behind in narrow streets.

The new Official Qualcomm Safety Car is the BMW i8 but it will be charged wirelessly with an advanced Qualcomm Halo 7.2kW wireless charging system.

A Qualcomm spokesman said that an open championship has encouraged teams to develop their own powertrain tech.

This ensures that the racing remains highly competitive, and it supports the goal of Formula E to advance the development of new technologies for electric vehicles and to bring those technologies, vital to sustainable mobility, to the attention of millions of people around the globe, a spokesman said.

Qualcomm's general manager of wireless charging, Steve Pazol said Qualcomm was excited to continue its support of Formula E in this second season.

"Qualcomm is showcasing its innovative new technologies within the Championship and using the motorsport platform to accelerate the development of automotive technologies, which is perfectly illustrated by the wireless charging technology fitted to the new BMW i8 Safety Car."

Last modified on 26 August 2015
Rate this item
(2 votes)
Tagged under
More in this category: « Samsung's Note 5 has serious fault Office 2016 nearing release »
back to top