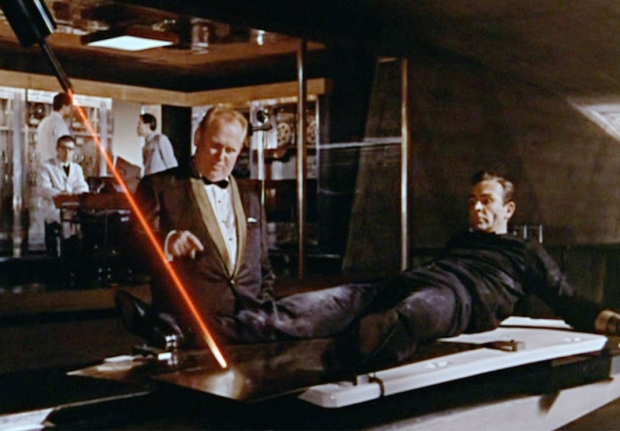 Just like Goldfinger attempted to corner the supply of Gold, it seems that Big Blue is attempting the same thing with cloud patents.

Independent of whether Daniel Craig is up to saving the West from cat stroking suits, IBM has received 1,200 patents on cloud computing over the last 18 months.

This is considered a bad thing as some of the patents are the sort of thing that makes a troll moist. Information Week found one about scaling down a virtual machine as its traffic recedes, another deploys sensitive data to a secure server, and a third creates snapshots of virtual machines for rapid recovery in the event of a failed workload.

In other words no innovation, but if the cloud operations could be patented then other cloud suppliers could be toast.
In other words they are general-purpose cloud processes or operations that many service providers already use or would implement.

What this could mean is that IBM is gearing up for a cloud patent wars. Such patents could be defensive, just in case the likes of Oracle tries to take down IBM, but it could be hard to sit on patents and not use them to squeeze out some licence fees.

All that remains is for IBM to cover some attractive woman with clouds.