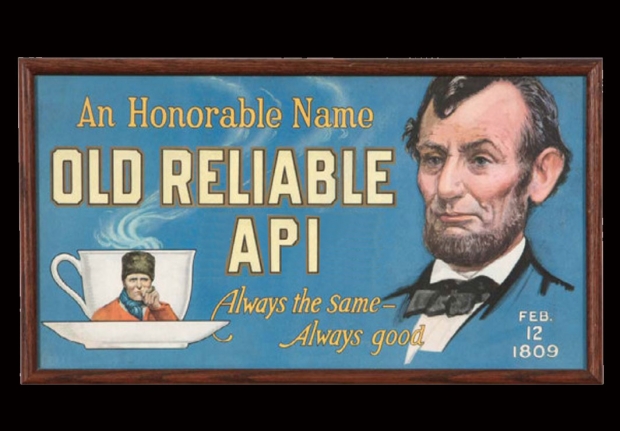 Because the US courts are ignorant

The Software industry is in big trouble after the US Supreme Court did not step into Oracle's battle with Google over whether APIs were copyrightable.

The ruling basically ever API which has been copied from another source could be liable to companies wanting to be software trolls. Oracle's claims about APIs were thrown out by a hobby programming Judge who actually knew what an API was. However Oracle appealed and found a judge who didn't know anything about programming and got its claim re-instated.

The Supreme Court on Monday denied a Google Inc. appeal that sought to stop a billion-dollar Oracle Corp. lawsuit by seeking limits on software copyright protections.

Oracle wants more than $1 billion in damages for 37 API which going to show you how much of a mess the industry is going to be in.

Google had asked the Supreme Court to hear the case and limit how software makers could use copyright law to assert exclusive rights over computer programs. It argued Oracle shouldn't be able to claim copyrights on basic software commands.

Oracle said its computer code was original and creative, and argued that Google's position would undermine important legal protections for software. It said Google should have paid for a license or written all of its own code separately.

Oracle General Counsel Dorian Daley said the high court's action "is a win for innovation and for the technology industry that relies on copyright protection to fuel innovation."

We guess it will say that until someone sues it for one or more of the APIs which are certain to be sitting in some of its code somewhere.

Rate this item
(7 votes)
Tagged under
More in this category: « Samsung flogs a million Tizen phones Windows 10 Preview Build 10158 is out »
back to top