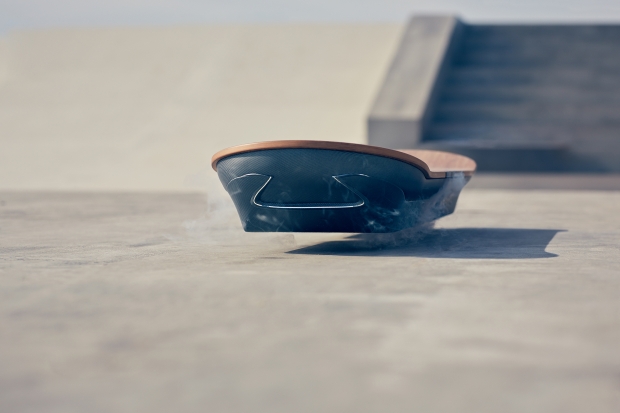 It could freeze your Nikes

Lexus has created the functioning hoverboard from Back the Future – sort of.

The hover board featured in a commercial for Toyota's luxury brand sadly it only works in a controlled environment.

Lexus said the test hover board in its "Amazing in Motion" campaign generates magnetic levitation by combining the effects of liquid nitrogen-cooled superconductors and permanent magnets.

In the commercial, it appears to be levitating above concrete. But that's because there are magnets underneath the surface.

The brand said it will test the hoverboard in a similarly controlled environment in Barcelona, Spain.

"It's part of an ad campaign we're filming in Spain," Durand said. "It's just a teaser."

Sure if you tried to really skate with it you could end up with liquid nitrogen all over your McFly inspired trainers. Ironically Nike plans to introduce shoes with power laces later this year, a nod to the kicks that tighten automatically when Michael J. Fox's character, Marty McFly, puts them on in the film.
The Lexus footage does illustrate, however, that it's technically feasible in a certain environment, which will surely fuel more speculation about future technological developments.

Mark Templin, executive vice president of Lexus International said that at Lexus, "we constantly challenge ourselves and our partners to push the boundaries of what is possible."

"That determination, combined with our passion and expertise for design and innovation, is what led us to take on the Hoverboard project. It's the perfect example of the amazing things that can be achieved when you combine technology, design and imagination."

Rate this item
(0 votes)
Tagged under
More in this category: « Seagate launches external 4TB 2.5-inch drive Siri joins the 9/11 conspiracy »
back to top