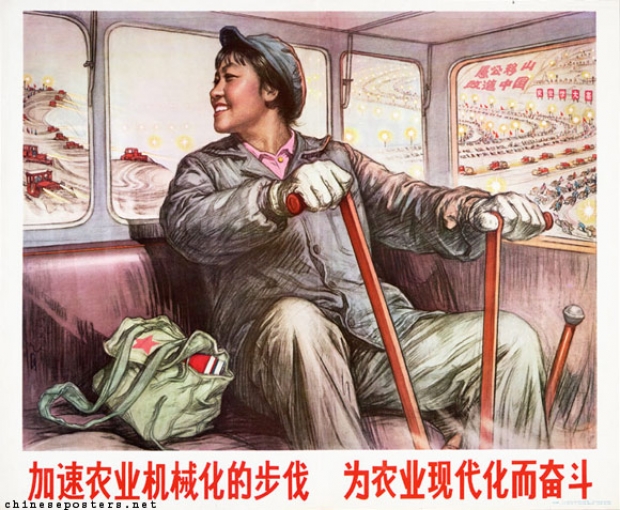 Chairman Mao would be spinning

In the days of the Chinese revolution the communist government made much about getting tractors and heavy machinary made.

Now it seems history has disappeared down another trouser leg and a Chinese construction machinery maker Sany Group, which has been impacted by a sustained market slowdown, said it is venturing into smartphones.

Xiang Wenbo, president of Sany Heavy Industry Co, which is part of Sany Group, confirmed the launch date of a new handset via his personal Weibo microblog account.

He didn't reveal whether the Changsha-based firm would manufacture the handset itself, or provide the cash

Sany, Zoomlion Heavy Industry Science and Technology Co Ltd and other heavy equipment makers are diversifying into sectors unrelated to their core businesses as a slowing Chinese economy curbs demand for their products.

Sany is no stranger for doing strange things, it has already opened a bank, also has been investing in marine and port machinery.

It is not the only company to make a name for itself in high tech after doing something else.  Mobile phone maker Nokia used to make rubber boots, Mobile gizmo outfit Apple used to make PCs, .

Rate this item
(6 votes)
Tagged under
More in this category: « Apple conqueres Metaio Cloud based 4K years away says Nvidia »
back to top