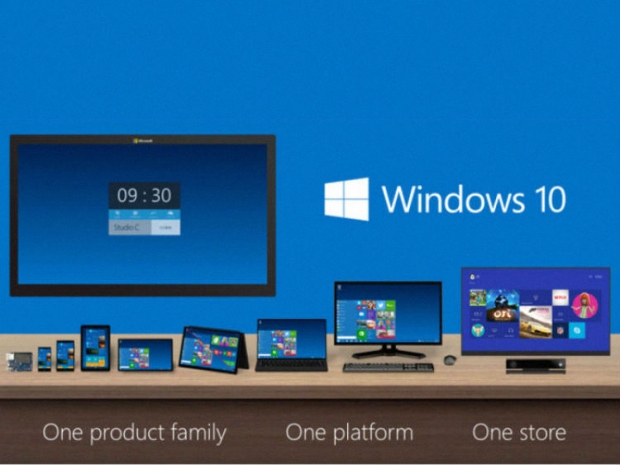 Ropes in Intel, AMD, and Nvidia

There are some very dark rumours about what Microsoft is planning for Windows 10 and the 4K television standard and it seems to have roped in Intel, AMD, Nvidia, and Qualcomm.

PCWorld has uncovered a plan which will see Microsoft infect 4K movie content with a hardware based DRM.

Microsoft, is working with Intel, AMD, Nvidia, on something called PlayReady 3.0 which will lock 4K content onto a single machine. To make matters worse you will have to buy a PC with Windows 10 and PlayReady to view Hollywood's latest movies in all their 4K glory.
If you don't install Microsoft's hardware DRM technologyyou may only be able to view a lower-quality version of the film.

All this sounds remarkably like setting up an illegal cartel with the chipmakers and movie studios, so we are not sure how Redmond thinks that it will get away with it.

The hardware-based DRM will know who you are, what rights your PC has, and won't ever allow your PC to unlock the content so it can be ripped. It will not work on older machines

Microsoft is keeping tight lipped as to how PlayReady 3.0 works. The closest thing was a statement about how PlayReady content keys and the unencrypted compressed and uncompressed video samples are never available outside of the devices Trusted Execution Environment (TEE) and secure video pipeline.

Microsoft claims that PlayReady 3.0 PCs would get "exclusive Hollywood content" such as early releases because the studios will trust users. However it is hard to see how DRM helps the consumer and historically attempts to bring it in have failed completely, simply because it refuses to give users control over their content. This DRM will certainly lock down the content to a specific machine which means you will not be permitted to install it anywhere else – something you are allowed to do with a DVD.

Microsoft claims to have designed its DRM not to stuff up your PC, although we have heard this claim from DRM people just before the software had to be pulled for causing smoke to pour from people's machines.

Microsoft thinks your laptop's battery life will be unaffected by hardware DRM. Content protection will flow throught the GPU. And third, PlayReady 3.0 will support "throwing" movies from your laptop to a Miracast dongle connected to your TV.

AMD, Intel, and Nvidia are not saying why they are supporting the whole thing and it is unclear whether hardware makers will launch a new wave of PlayReady 3.0-compatible PCs at the time Windows 10 launches. Of course if they don't then there is a good chance the studios will not let them run 4K content.

Last modified on 27 April 2015
Rate this item
(16 votes)
Tagged under
More in this category: « Iranian cyberwar is a US right wing myth Windows 10 latest 10061 build tested »
back to top