Nintendo tries to screw money out of reviewers again 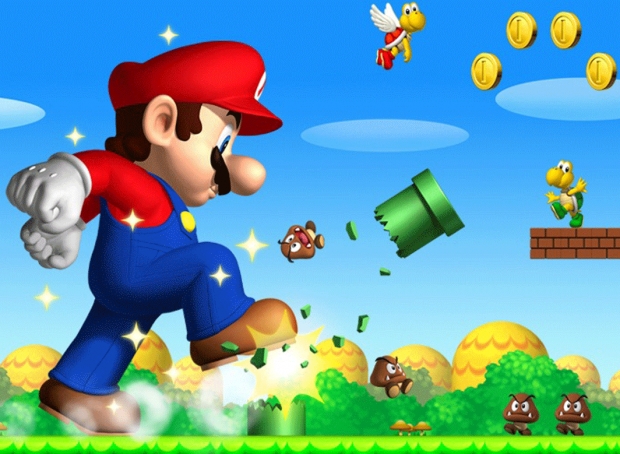 You pay for our advert

Computer gaming outfit Nintendo, whose toilet themed games consoles are flushing down the loo have thought it a natty idea to try and screw cash out of you-tube reviewers.

While some games companies are desperate for publicity, Nintendo is taking a dim view of reviewers who play the game and then post reviews and clips on YouTube.

It argues that since they make money, it should have a slice of the pie – in fact more than 40 per cent of it..
"Let's Plays," and they're some of the most popular gaming-related videos on the internet and are seen as a major advert for Nintendo games.

We are not talking much dosh here a 1,000 views on a single video will generate around five dollars of ad revenue. Half of that goes to Google, and the rest goes to the creator.

Some reviewers who have millions of views, can make full-time income from sharing their hobbies with their fans.

In 2013, Nintendo attempted to make sweeping copyright claims on videos on YouTube that included footage from their games. It demanded all the money that Lets Play creators made. Instead. It caused a significant backlash in the Let's Play community. Eventually, Nintendo dropped the claims.

However now the company's new initiative, unveiled in January, proposes to share the revenue for some videos.

YouTubers can apply to the Nintendo Creators Program and if an approved channel's video contains footage from a list of approved games, the revenue is split between the two parties – 40 per cent for Nintendo and 60 per cent for the creator.

If Nintendo chooses not to approve a video, then it can claim 100 per cent of the ad revenue, as it attempted to do in 2013. So far, it's not clear why some videos are approved and some are not. Cynics suggest that if you say something bad about a game then you could get it refused and all your add content goes to Google.

Since Google already claims 50 per cent of the total ad revenue generated by videos, the creator and Nintendo's share would be divvied up from the remaining 50 per cent.

Stuffing up your own business

To make matters worse Nintendo was flooded with applications. While they promised wait times of three business days for a reply, instead it turned into weeks without notice.

As a result the video makers are posting their content illegally or have given up. With business sense like that it is no wonder Nintendo is not doing as well as it used to.

Rate this item
(5 votes)
Tagged under
More in this category: « New Apple TV will not stream 4K Nvidia wins patent round against rival chipmakers »
back to top