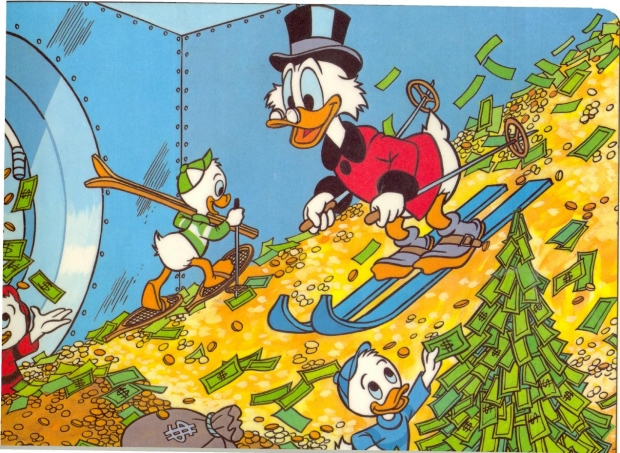 Why is the Tame Press talking up Apple value?

The Tame Apple Press is trying to talk up the value of a peddler of overpriced toys and is pretending that it is actually news.

The goal of the campaign is to make Apple the world's first trillion dollar company, without actually having to make an original product.

A fake story is being repeated claiming that the Apple watch will be such a success that Apple's share value will jump from $127 to $180. If that happens then Apple will be worth a trillion dollars instead of its current $744 billion

It adds that Wall Street analysts are certain that this will happen.

Of course if you invest in the share market, you will think that Apple shares are hugely undervalued now and hope to cash in. This will artificially push up the share price.

But the information is not actually true. In fact most Wall Street investors are getting out of Apple. The thought is that even if the watch was super-successful it is not going to cover for the fact that interest in tablets and smartphones is falling.

So what was the source for all these industry analysts? Well it turns out that there was only one Cantor Fitzgerald. In a note sent out to investors, one of the firm's analysts, Brian White, stated that Apple's share price could soon jump to $180, a step up from its current $127 price tag.

However White mentioned the watch but his enthusiasm was not that high. In fact he talked about things being dependant on how Apple did in China.

"Also, we believe Apple's iPhone portfolio and position in China have never been stronger. Finally, Apple has shown its commitment to returning cash to shareholders, and we expect more in April," said White.

White has a long history of being bullish on Apple and constantly says that the share price will go up – even when it didn't.

White's claims have too many what ifs. For example it depends on the iWatch selling nearly five times more than most sane people would suggest.

It also requires Apple to do well in China. I have written before about how Apple has not been doing as well in China as its hype suggests.

Already the Chinese government has started to investigate whether Apple's products are a security risk.

Apple also faces both local and global competition in China, all eager to profit from sales in the world's most populous nation.

According to researchers from Canalys, Apple has to beat Samsung, which is about to make a big come back and then Chinese companies Xiaomi and Huawei.

Apple's watch is also way behind what is available in the market and signs from the US suggest it might not be that popular.

If the smartwatch is a failure, or China gets too messy Apple's share price will plummet and not go up.

Apple's default position for moderate success is the $100 it hit last October, before it was clear that the new iPhone would be a success. That success followed by a failure in China, or with Apple Watch, could drive the price back there -- unless the Tame Apple Press can continue to talk it up.

Rate this item
(15 votes)
More in this category: « Computers more intelligent than humans soon Android apps being used for blackmail »
back to top