Canadians get in on malware making 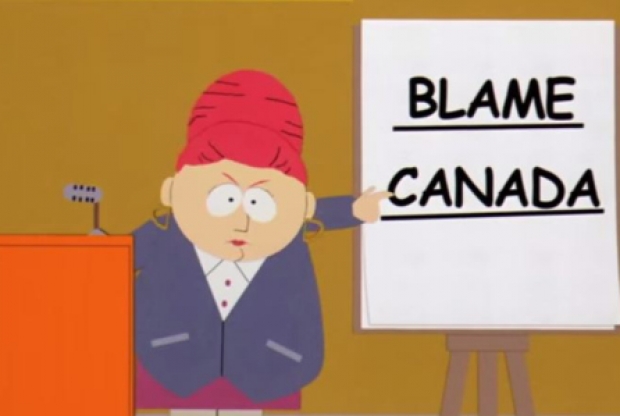 We should blame Canada more often

The nation famous for not being America and thumping baby seals with baseball bats apparently conducts false flag cyber-attacks on other nations.

The Canadians have the capacity and perform 'false flag' operations, where responsibility for cyberattacks, counterattacks or other intelligence-related activity is misattributed to individuals, groups or nation states.
Limited details of CSEC's cyberwarfare capabilities and disposition have just been made public and show 'deception tactics' including 'false flag' techniques, carried out in order to 'create unrest'.

The spooks call it 'altering adversary perception' which is an amusing choice of words for a phrase which actually means conning a country into attacking someone else.

The CSEC uses 'honeypot' or 'watering hole' techniques in service of generating deceptive cyberactivity; though no greater detail is given on that point, the principle is one of presenting a tempting online target and attempting to gain advantage from the actors attracted to it.

The Canadian spooks work with the US NSA in service of an 'active computer network access and exploitation on a variety of foreign intelligence targets, including counter terrorism, Middle East, North Africa, Europe, and Mexico'.

This is a little odd as the US has drawn up plans for the invasion of Canada and harbours a long grudge against the country for soundly beating it militarily.

The CSEC offers resources for advanced collection, processing and analysis, and has opened covert sites at the request of the NSA. CSEC shares with NSA their unique geographic access to areas unavailable to the U.S.(i.e. their sites in the PRC), and provides cryptographic products, cryptanalysis, technology and software. CSEC has increased its investment in R&D projects of mutual interest.

Rate this item
(4 votes)
Tagged under
More in this category: « Big Blue suits will share technology with the Chinese Samsung doing well stuffing modem and AP together »
back to top