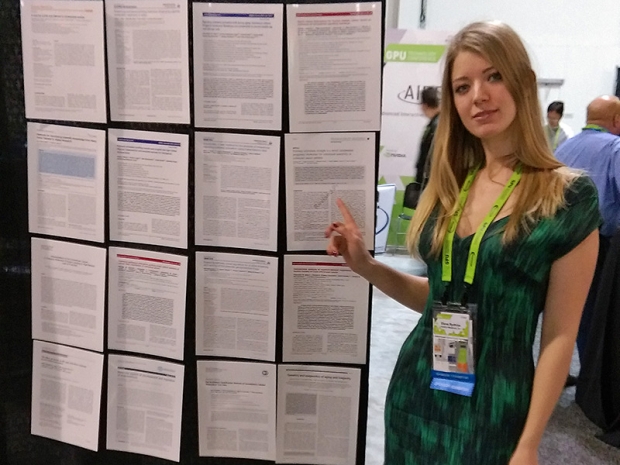 This year’s Graphics Technology Conference featured a lot of companies that want to solve many of the worlds’ problems using GPUs.

One company that is working to increase longevity and reduce the effects of aging caught our attention, and this company wants to go beyond the numan genome and solve the aging problem. So, if you are tired of hearing about billion-dollar startups like Google’s Calico or Human Longevity Inc, meet Insilico Medicine, which is promising “longevity for the poor” by trying to repurpose existing drugs that are already on the market for cancer, age-related diseases and even aging itself.

The company is working hard to help cure these diseases and extend the life expectancy for many people. They expect the first results in two years or less. To do that, the ambitious company uses machine learning and Nvidia GRID to compute.

The CEO of the company is a GPU veteran, Dr. Alex Zhavoronkov, who quit a successful career at ATI ten years ago to go back to school and study aging. The company is still young, no pun intended, and he and two other executives do not take a salary. However, they managed to assemble a team of 33 bioinformatics enthusiasts together and already launched a clinical decision support system called “OncoFinder” in the clinic, and they also partnered with large pharmaceutical companies and licensed their platform.

This week they are competing in Nvidia’s Early Stage Competition and I got an early preview of their presentation and video. After billion dollar investments by Google and other companies into Calico Labs and Human Longevity, Insilico looks like a small David going after Goliath. The fact that the company has seventeen scientific papers based on its intellectual property research means that they are on the right track, at least according some of the world's best known universities.

So far, they have developed four products: OncoFinder, a tool for drug discovery and personalized medicine platform; GeroScope, a drug repurposing and discovery platform for aging and ArDs; PharmAtlas, which is a comprehensive drug and toxicity database, and Pathway Cloud Intelligence, the company’s knowledge management system.

Alex did well during his tenure at ATI and became really close with our old friend and former CEO of ATI, Dave Orton. With his enthusiasm we hope that this company can do well and make our lives better and longer.

If you are at GTC, visit booth #312 to get their technology evangelist walk you through their 2014 papers, and let’s hope that Alex and his team can advance the cause of science in this emerging field.

Last modified on 18 March 2015
Rate this item
(11 votes)
More in this category: « Internet explorer and Safari users are rubbish employees Drive PX test systems coming in May for $10K »
back to top