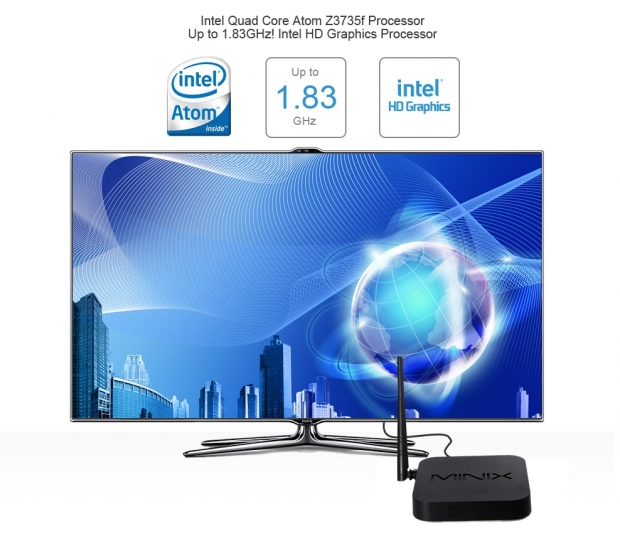 MINIX showed the MINIX NEP Z64 back in September, but the new device was not available until today. MINIX is well known for its Android small form factor PCs such as the Minix Neo X8 H, however, the NEO Z64 is different because it is based on Intel’s Android Bay Trail 22nm silicon.

This mini-PC can run 64-bit Windows 8.1 or Android. Most devices ships with Android 4.4.4 out of the box and there is an option to install Windows 8.1. Some etailers will sell it with Windows 8.1 out of the box. The machine is powered by an Intel Z3735F 64-bit processor with 2MB of cache and a Turbo clock of 1.83GHz. It comes with Intel HD Graphics and supports Full HD 1080p playback. The Atom Z3735F has four cores and four treads, with a base clock of 1.33GHz and it has an SDP (Scenario Design Power) of 2.2W. 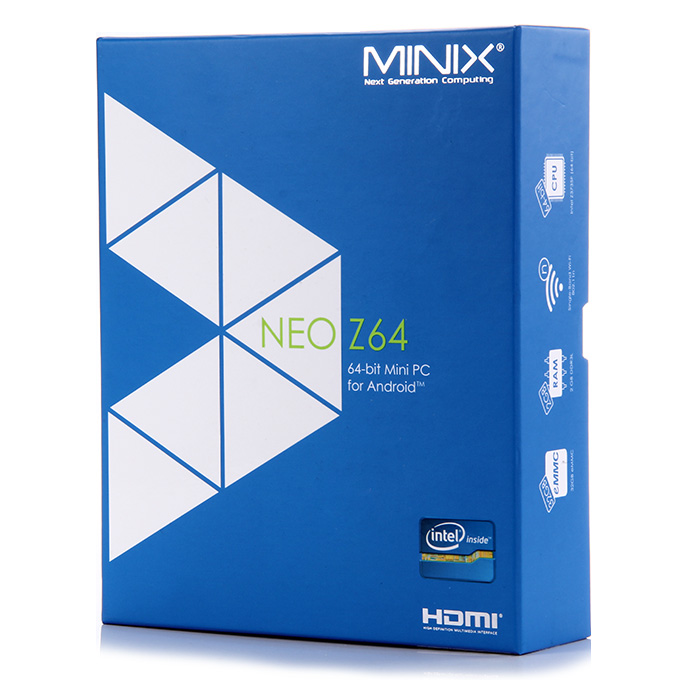 The MINIX NEO Z64 comes with 2GB DDR3L memory and 32GB of eMMC storage. If you crave more space, there is a microSD slot. It has HDMI 1.4 for video output, 10/100 Mbits LAN, headphone jack and a power DC IN on the rear.

The side hides the power button, microSD slot and two USB 2.0 slots. We know that you would want to see USB 3.0 there, but the chipset lacks USB 3.0 support. The Neo Z64 comes with an IR receiver and a remote. The machine has single band 802.11n wireless card and antenna.

Media centre fans will like the fact that MINIX NEO Z64 comes with support for XMBC.

Finally we come to the price. Back im September, company officials told Fudzilla that they plan to price the MINIX NEO Z64 at around $129, but first listings show the street price is a bit higher. The MINIX NEO Z64 is available on Geekbuying.com and it looks you can buy it with preinstalled Windows 8.1 for $174.9 here, and while Android version is cheaper and costs $144.9 here. 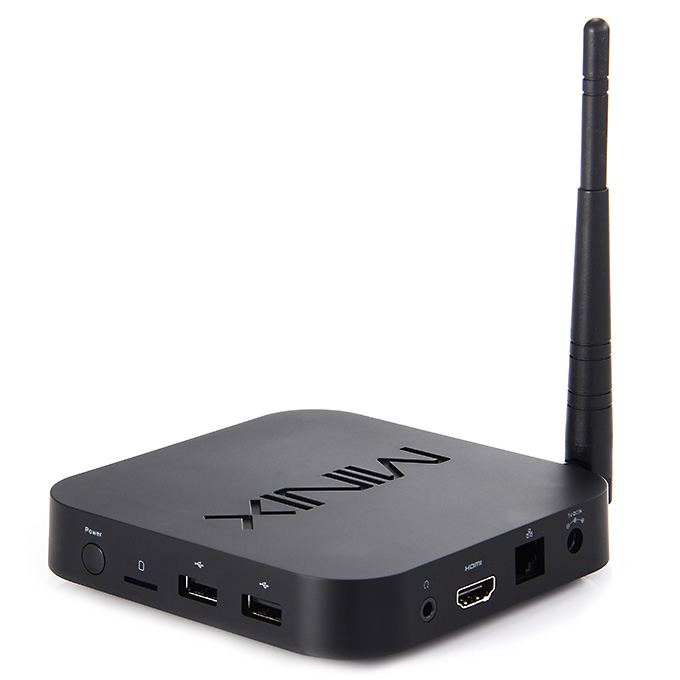 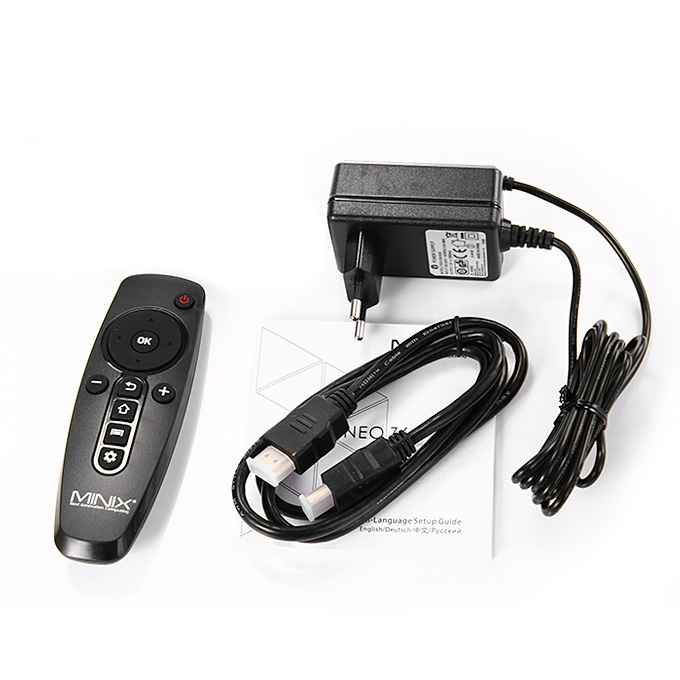