The Minix Neo X8 H is the latest Android box from MINIX and comes with support for 4K2K UHD Video Decoding and Output. This entails a lot of processing speed, courtesy of Amlogic's quad-core S802-H SoC. The chip is based on the Cortex A9r4 and it boasts octa-core Mali-450 graphics. The old Neo X7 had just four GPU cores. The device has 2GB of RAM at its disposal and as a result Android 4.4 KitKat runs smoothly. Video playback is not an issue, either, as the GPU is powerful enough to deal with all mainstream codecs. On the aesthetic front, the new X8 look and old Neo X7 look almost identical, but that is not a bad thing as Minix users seem to like the look. Currently the Neo X8 H is priced at about 140 euro. 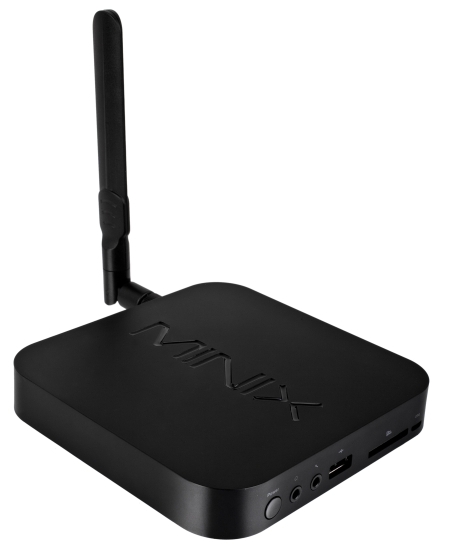 The dual-band Wi-Fi 802.11n antenna can be removed if it is not necessary, or it can be lowered to one side. 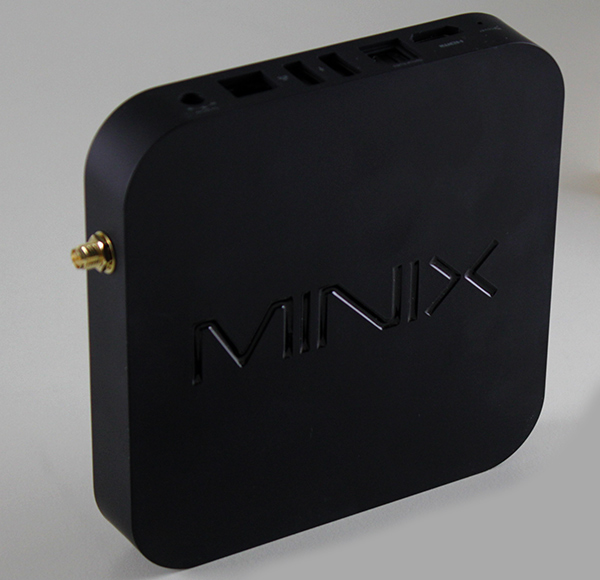 There are two versions of the Neo X8. The version with the H suffix comes with 16GB of eMMS storage instead of 8GB on non-H version. The H in the name also denotes full Dolby Digital and DTS Neo support. Storage can be expanded with a memory card and we can report that a 128GB UHS Class 3 card works just fine with the new Neo. New beta 4. firmware for the NEO X8-H has just been released, and it improves eMMC read/write performance. Change log also includes: 1.) Enabled NFS protocol; 2.) Fixed "App Market" problem of MINIX Metro launcher; 3.) Enabled support for Logitech HID devices; 4.) Added PS3 game controller support; You can download it here. Whilst previous MINIX Media Hubs have offered NAND Flash, the NEO X8 / NEO X8 H utilize eMMC "embedded Multi-Media Controller' memory. The utilization of eMMC memory offers an array of benefits in terms of performance, security and reliability, ultimately delivering a richer end-user experience.

On one side of the Neo X8 H you will find the recover button, HDMI out, Optical Audio, two USB 2.0 ports, Ethernet port and power plug.

The bottom has nice rubber feet that will keep it from sliding from the table. 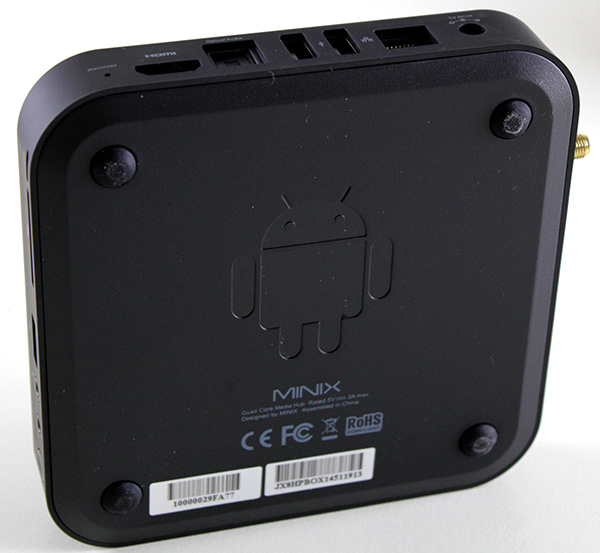 The UI looks good and it is responsive. There is a standard Android launcher and the Minix Metro launcher. The main goal with designing the Metro UI was to create interface that allows the user to run an app with as few steps as possible. On the main screen the Metro launcher displays the Media Center XMBC icon. 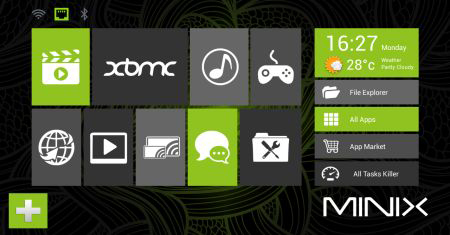 The XMBC version is customized (based on version 13.1 of Project Gotham) and it is ready for 4K video playback. We gave it a go and it works like a charm. We will take a closer look in our full review. Metro allows easy navigation by moving up/down/left/right and for this simple navigation included IR remote is sufficient. Users familiar with the Neo X7 know that the included IR remote does not come with air-mouse function or keyboard. 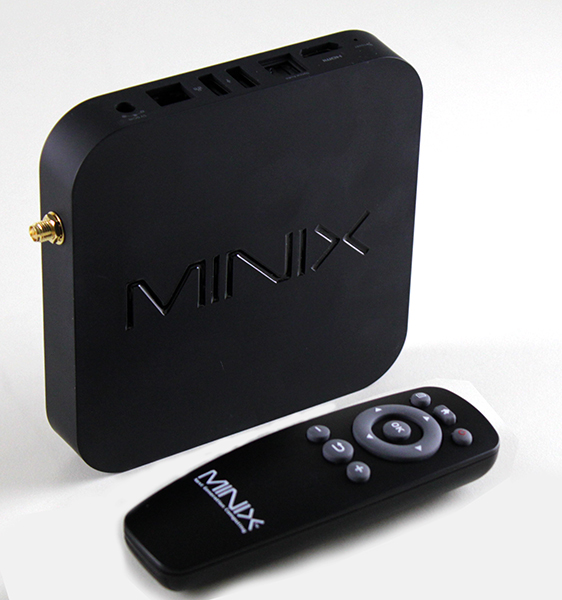 As a separate purchase you can get new NEO M1 remote which has very nice haptic feedback and more functions compared to bundled IR remote. It comes with gyro mouse function plus it has all Android function buttons. It uses a 6-axis gyroscope and accelerometer for better accuracy and it works well from a distance up to 10 meters. For a limited time you will get the M1 free of charge with the Neo X8. The built-in rechargeable battery will last for several days of extensive use, but you can recharge it very fast (some 20 minutes) using a standard mini-USB cable. Also there is On/Off switch next to the micro-USB port. Unfortunately there is no integrated keyboard in the Neo M1 remote controller. 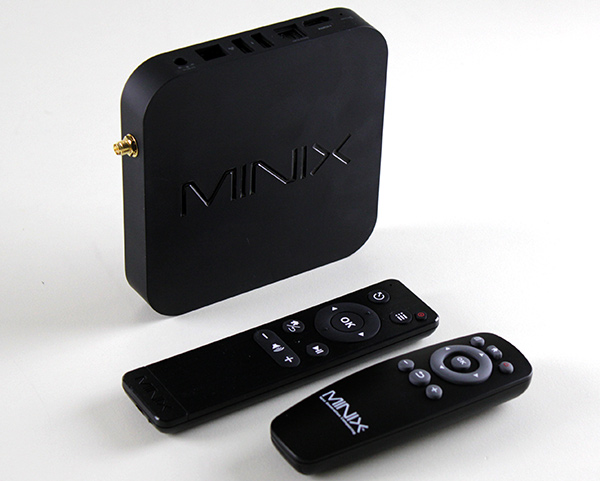 Last modified on 01 July 2014
Rate this item
(2 votes)
Tagged under
More in this category: « Catalyst 14.1 Beta lands with Mantle support in tow Zotac ZBOX Sphere OI520 barebones vs Sphere Plus review »
back to top