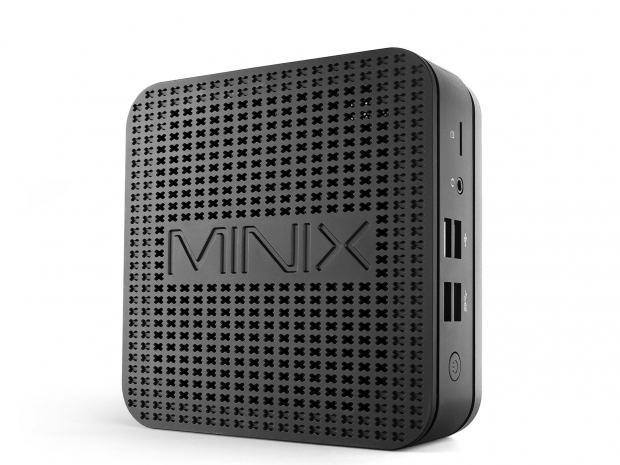 Minix has released two very interesting systems, one fanless with a 6W TDP Celeron and one with a Pentium J5005 both from the Gemini Lake generation, and both now come with 64GB storage out of the box and support M2 SSDs.

Microsoft finally gave up the 32GB limitation for mini PCs for an affordable Windows 10 license and has agreed with the manufacturers of these popular PCs that 32GB is not enough. 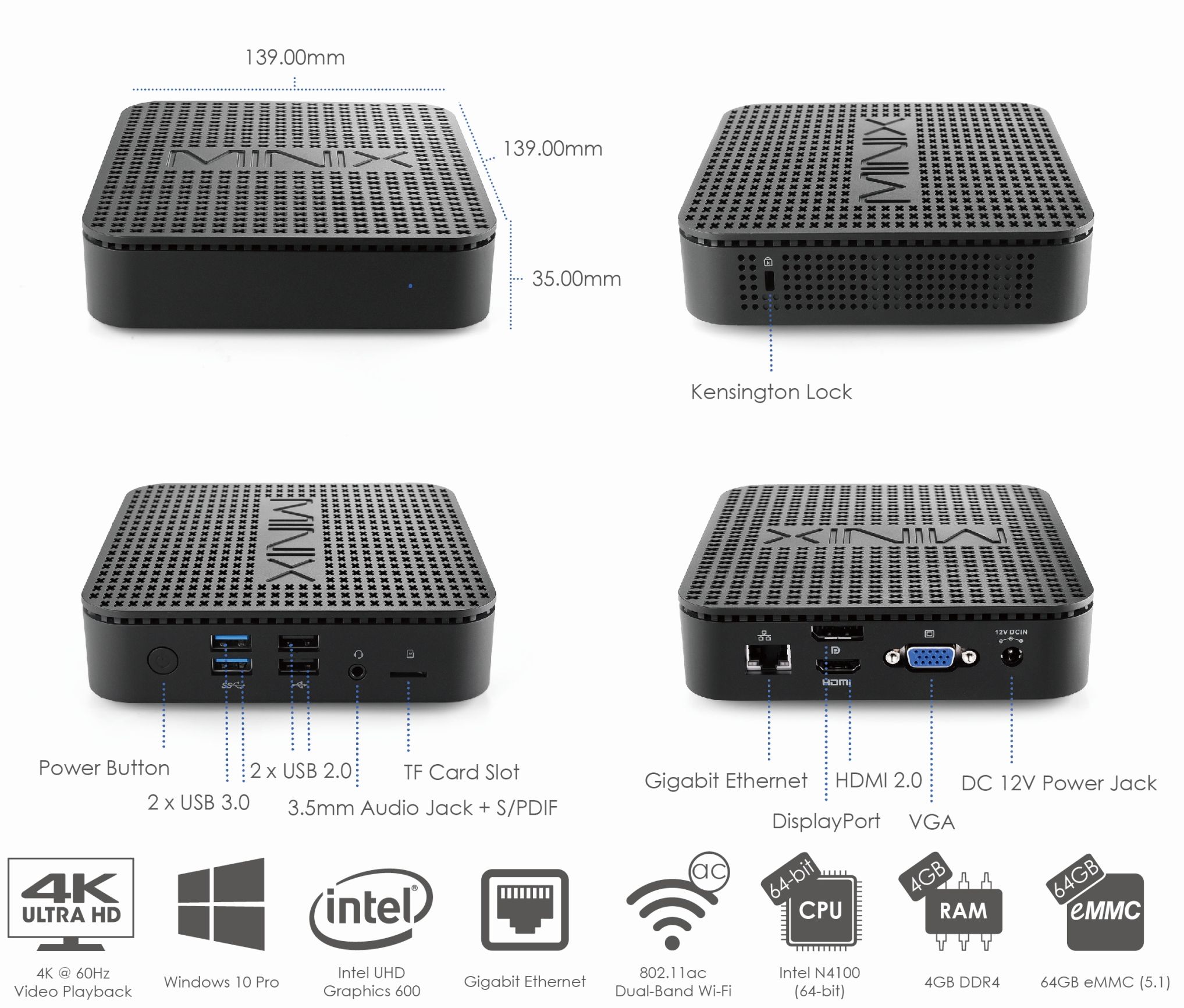 The NEO G41V-4 should be enough for any living room PC for people who prefer Windows 10 and great multimedia center experience. The fanless part will prevent any noise and still give you enough performance.

The Celeron in NEO G41V-4 is also four cores and four-thread CPU from Gemini lake generation with TDP of 6W and SDP (Scenario design power) of 4.8W. The CPU clock starts at 1.1GHz and maxes out at 2.4GHz.

The new NEO J50C-4 isn’t fanless, it comes with powerful CPU compared to NEO G41V-4, and supports triple-display output at 4K @ 60Hz and has both expandable storage and memory slots. So this is quite a big deal as if one isn’t happy with 4GB RAM standardly available, it can update to 16GB and M2 2280 storage up to 512 GB. An ability to upgrade both RAM and storage makes the machine quite a little powerhouse that can sit at the back of your monitor. 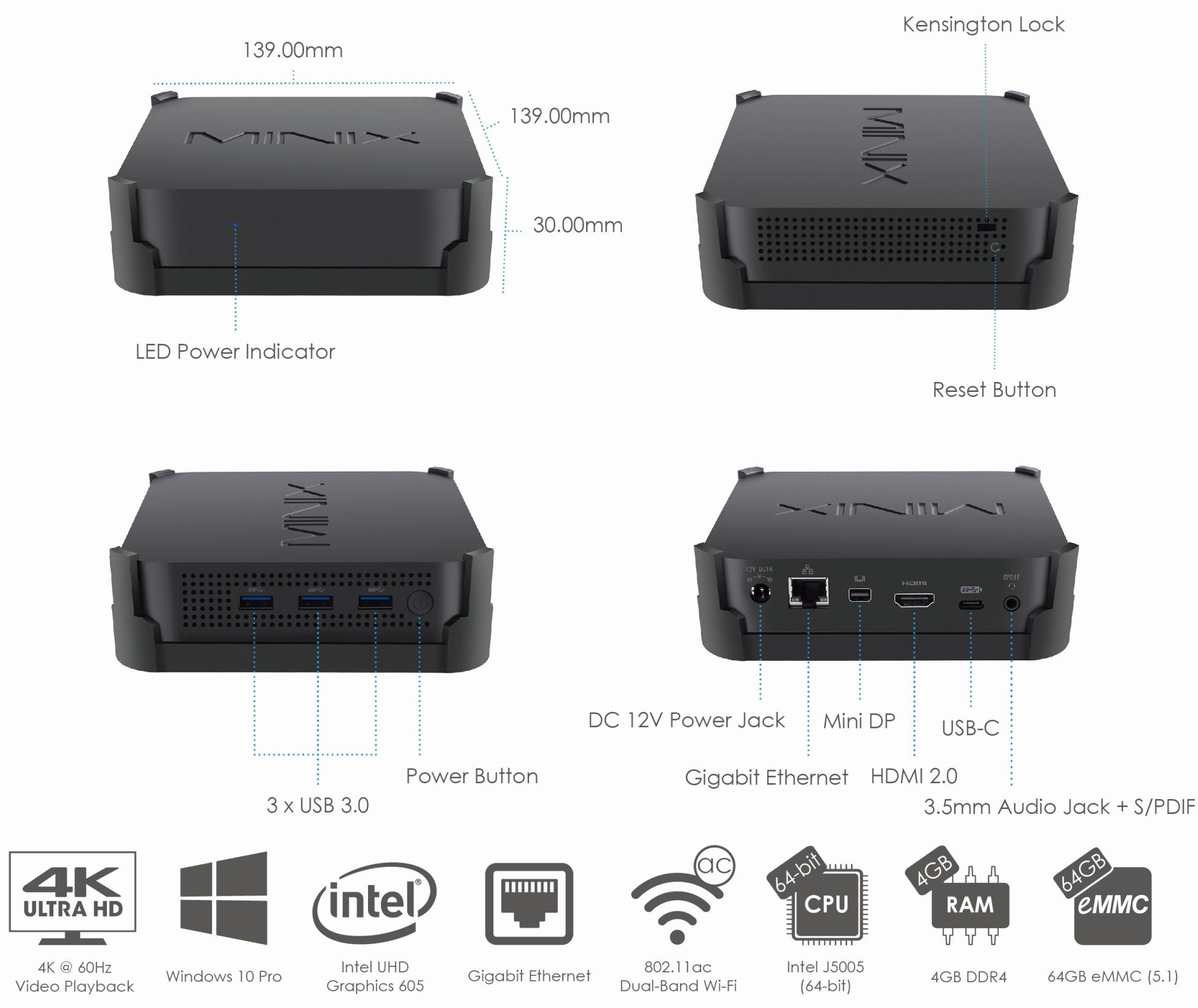 Have in mind that included VESA mount measures 139x139x30mm.

As the manufacturer pointed out, both the NEO G41V-4 and the NEO J50C-4 have their strengths and advantages as some customers demand fanless machines, but some insist on more connectivity, upgradability, and performance.